Home  »  Website  »  National  »  One Year After Galwan, Fear Of The Chinese Still Looms Large Over Ladakhis

One Year After Galwan, Fear Of The Chinese Still Looms Large Over Ladakhis

Many Ladakhis believe that China has occupied many large tracts in the area, but it’s only after last year’s Galwan clash that India has become aware of China’s moves. 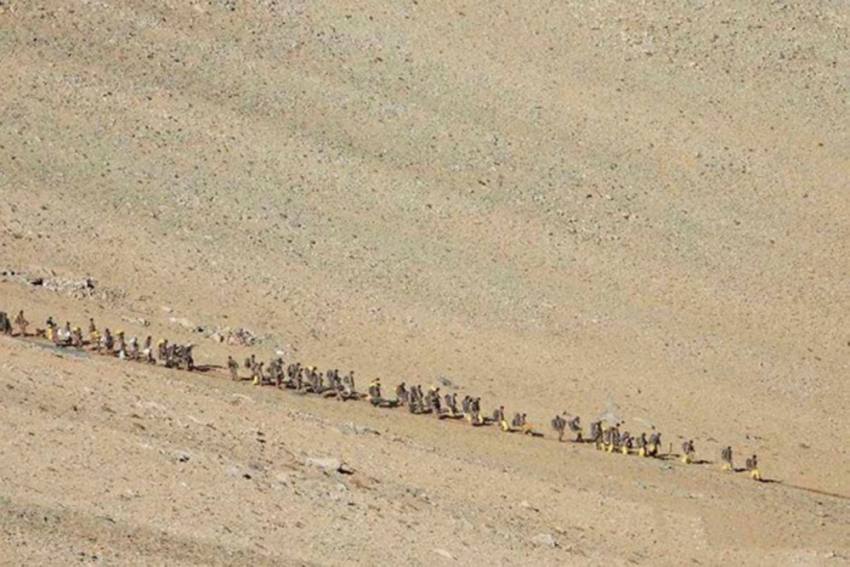 Indian and Chinese troops and tanks disengage from the banks of Pangong lake area in Eastern Ladakh
PTI File Photo
Tarun Upadhyay 2021-06-15T18:38:27+05:30 One Year After Galwan, Fear Of The Chinese Still Looms Large Over Ladakhis 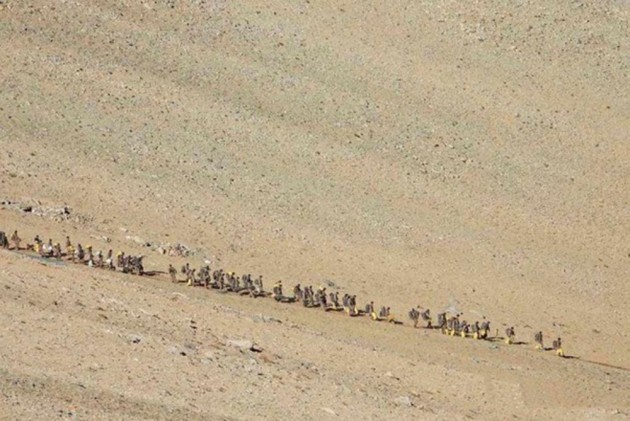 One year after 20 Indian soldiers died in Ladakh’s Galwan, during one of the most violent clashes between India and China in the past 45 years, a sense of fear looms large among locals in the area. Those living along the Line of Actual Control (LAC) in Ladakh believe that since status quo ante has not been restored, chances of China making similar aggressive moves, cannot be ruled out.

"There is consistent fear among residents along the LAC. We don't know when and from where will China take away our land. They can never be trusted especially post Galwan. Further, what is adding to our fears is the refusal of Indian army in allowing nomads to move to the traditional grazing lands. Whatever be the claims of Indian government, life along the LAC is not the same," said Namgyal Phuntsog ex-councilor LAHDC (Chushul).

Chushul is one of the border constituencies of the Ladakh Autonomous Hill Development Council (LAHDC). The LAHDC has 26 seats of which the BJP won 15. Chushul sector has witnessed skirmishes between the Indian and Chinese army. Few years ago, the Chinese army had stopped civil construction work and insisted on dismantling the Indian army's observatory post.

Ladakhis especially the LAC residents believe that China with its consistent aggressive behaviour has taken away large tracts, but it’s only after Galwan that the Chinese designs became clear to the Indian government. They say China’s refusal to complete disengagement process adds to their fear of another clash between the two sides.

"We don't know about China’s plans. If Indian Army chief Gen Naravane admits it's difficult to predict the timeline for resolving the standoff in areas like Hot Springs and Gogra, then how can there be peace and sense of security among locals," asks Konchok Stanzin, Councilor Chushul. Konchok had resigned from the BJP and won as an independent candidate in the last LAHDC polls.

"What is worrying us is that even in areas where disengagement has taken place, they are now being declared no man's land by the Indian Army, clearly hampering nomads' movement,” said Konchok.

Kunchok further adds that both sides have moved back from Finger 4, Black Top, Helmet Top, the areas where nomads would move before April 2020 but now they have been declared as no man’s lands.

Locals say the Indian response against Chinese aggression has been "inadequate" and it's because of this very reason every act of transgression has taken place only in the Indian territory.

They also say that before the Galwan incident, nomads could move around in pasture lands at Rezang La and Reqin La (Rechin mountain pass) but this year they were stopped by the army, though Indian troops have withdrawn from these heights. India had last August in a proactive move taken over these heights.

Urgain Chondon, chairperson, Nyoma Block Development Council was the first to flag heightened Chinese movement along the LAC in Chinese occupied Tashi Gang area in Demchok. She had on April 27, 2020 posted on Facebook that unusual Chinese activity was being noticed across the border.

Urgain says what locals have been complaining about Chinese designs have been finally realised by India only after the Galwan clash last year. "Post Galwan, Indian government realised the gravity of the situation and the need to strengthen security at the borders. Additional funds are being released for the border development and construction work on Lomaband bridge connecting border areas of Demchok, and works in Kyool-border areas are likely to start soon. These are welcome signs but China is still far ahead on border development," said Chondon, who belongs to the BJP.

Meanwhile, many Ladakhi youth have joined the Ladakh Scouts regiment, which played a heroic role in the Kargil war and has a strength of over 4,000 personnel. Just two days back, 90 Ladakhi youth joined this regiment. Since Ladakhis can be deployed above 15,000 feet without acclimatisation, this regiment is posted along forward areas.

"Almost every Ladakhi family has one youth in the army. They are posted in forward areas and since threat has not receded the families live in fear. My brother was martyred in the Kargil war and now two of my cousins are posted along the LAC. These are worrying times as threat of another clash looms large," said Deldan Namgyal, former MLA of Nubra constituency.

He further adds that the Indian response has “not been transparent as we don't know what has been agreed on and what will be its repercussions for the locals.”

Deldan and Namgyal Phunchok say Indian army's insistence on not allowing nomads to move to heights is also resulting in locals not being aware of developments across the border. The nomads, they say are the first to inform to the army and locals about Chinese movement but now since their movement is hampered it is adding to their fear.

Namgyal said in January, “A delegation of LAHDC met the Union defence minister and many issues were raised including nomads not being allowed to forward areas but till now the situation remains the same and it's worrisome.”

However, the BJP councillor says the situation has improved and at some areas the army has allowed nomad movement. Tashi Namgyal, Counclior Tangtse said only recently the deputy commissioner of Leh and LAHDC chariman toured his border constituency and a meeting was held with local army commanders to sort out issues. He said grazing is being allowed in Chushul, Demchok and Chumur. However, when asked if nomads are allowed to move to the point where they would go before April 2020, he said, ‘no’. Galwan falls under the Tangtse constituency.