Sadia was admitted to a city hospital recently where she was undergoing treatment. She died at her home on Wednesday. 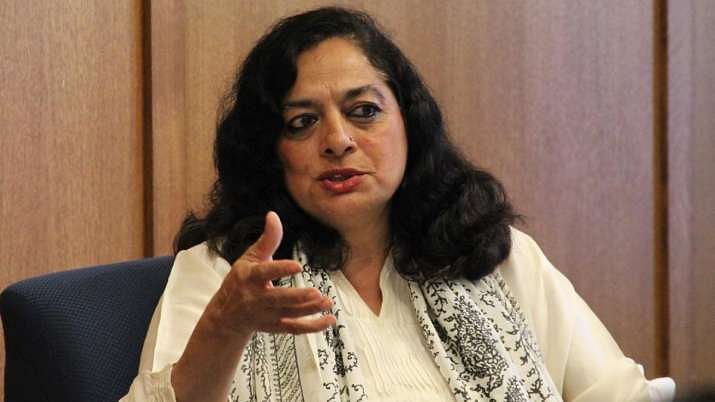 Noted Delhi-based writer and activist Sadia Dehlvi has passed away after a prolonged battle with cancer. She was 63.

Sadia was admitted to a city hospital recently where she was undergoing treatment. She died at her home on Wednesday.

"Sad to hear about the tragic demise of Sadia Dehlvi, a well known cultural figure of Delhi, a dear friend and a wonderful human being. Rest in Peace," tweeted eminent historian S Irfan Habib.

A well-known food connoisseur, she wrote a book on Delhi's culinary history in 2017, titled "Jasmine & Jinns": Memories and Recipes of My Delhi".

A woman of many talents, Sadia also produced and scripted documentaries and television programmes, including "Amma and Family" (1995), starring Zohra Sehgal, a veteran stage
actor.

She was a close friend and confidante of the late author Khushwant Singh. Singh dedicated his book "Not a Nice Man to Know" to her.

He wrote, "To Sadia Dehlvi, who gave me more affection and notoriety than I deserve."

Singh's book "Men and Women in my Life" has Sadia's photo on its cover and the book has a chapter dedicated to her.

Sadia produced the television show "Not a Nice man to Know" with Singh interviewing women from various fields.

She is survived by her son Arman Ali Dehlvi.