As per official records, Jaipur houses around 390 Rohingya refugees. But most of them have been unable to avail the Covid-19 vaccines because they do not have an Aadhar Card

It has been more than three months since 43-year-old Sayyad Alam, who lives in Jaipur, has been unable to pay his rent. In absence of work, ration and vaccination, Alam, a Rohingya Muslim refugee, who has a family of seven, is feeling helpless and dejected.

Amid a scarcity of medical resources, adverse impact on livelihood due to Covid-induced lockdowns, shortage of vaccines and perceived apathy from the government, Rohingya refugees living in Rajasthan are feeling hopeless.

"I used to drive an e-rickshaw and also do some electrician-related work but for the past three months, I have not found any job and I am finding it difficult to provide for my five children and wife. I am unable to pay my electricity fee and my rent which amounts to Rs 4,000,” Alam told Outlook.

He arrived in India 20 years ago and is presently living in Sodala in Jaipur in a small, rented house which has two rooms and a kitchen.

"It's been four months since the vaccination drive was opened for those below 45 years in India but we are yet to receive the vaccines. We even have people who suffer from comorbidities and high-risk ailments, but we have not been vaccinated. The government doesn’t care for us,” Alam said.

And Alam is not alone. The settlemen, which houses around 60 Rohingya refugees, echoes the same sentiment. The sheer lack of empathy from the government not only makes them feel unwanted but also lesser than human.

For instance, 90-year-old Sultan Ahmed and his wife 80-year-old Aamina Khatoon, who also live in the same settlement, have a similar story to share.

"We come under the high-risk age group. Most of the people in India and in other countries belonging to our age group have been vaccinated. We are deprived because we are Rohingya refugees and we don't have an Aadhar card. Don't we have the right to live? Are we not humans?" asks Sultan, who has a family of 14.

Sultan's son Noor Mohammad is a ragpicker and has lost his job during the lockdown. The family is struggling to make ends meet. They hail from Shahbazar in Myanmar and arrived in Jaipur a decade ago. 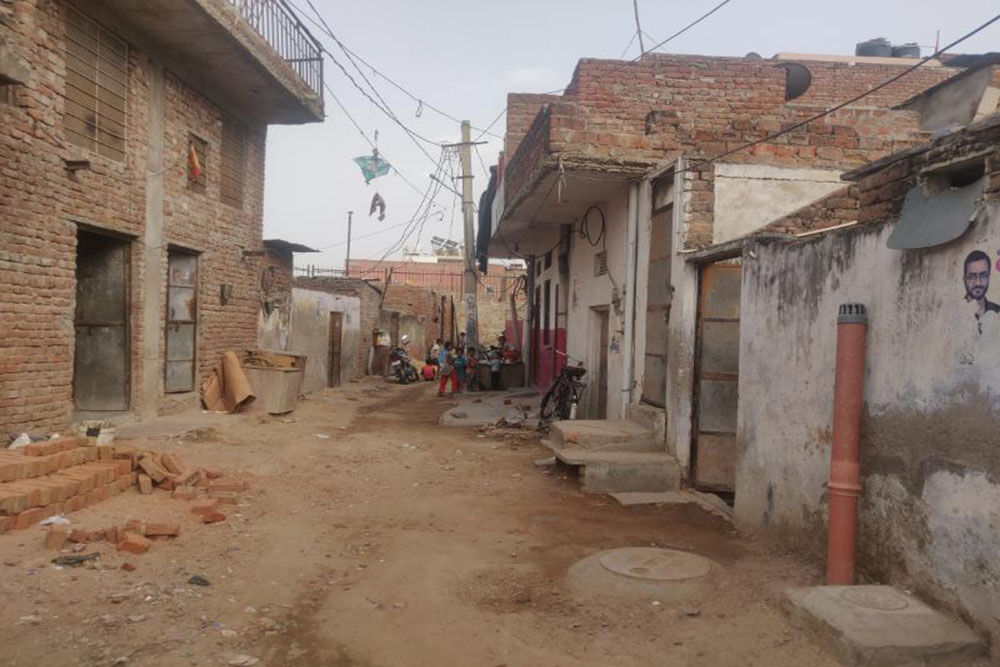 As per official records, Jaipur has around 390 Rohingya refugees living in different settlements. In Hasanpura, Hatwada, there are around 260 Rohingyas, whereas in Sodala there are around 50-60, a small settlement in Kanota has 11 refugees and Sewapura kachra plant has eight Rohingya families. These settlements are mostly slums with hardly any hygiene or health care facilities, making it difficult for them to adhere to Covid-19 precautions. And most importantly none of these refugees have been able to register for vaccines as CoWin requires an Aadhaar card for registration.

All these refugees living in Jaipur have a valid registration card allotted by the United Nations High Commissioner for Refugees (UNHCR).

A majority of the refugees at the camps are now unemployed. "Most of the Rohingya refugees are jobless and live on bare minimum wages. For the last 15 months, Covid-19 had had a disastrous impact on them. This year, like the last, we distributed some ration (25 kg rice, 2kg oil and some spices) in most of the camps during the lockdown. Most of the problems these refugees face here is because of their ethnicity,” Firoz Khan, secretary Jamat Islami Hind, Jaipur, who has been involved in relief work told Outlook.

Another social organisation that is helping the Rohingya refugees in Jaipur is the Development and Justice Initiative (DAJI), which with the help of UNHCR is spreading awareness about Covid-19, distributing rations, medicines, debunking misinformation, etc.

Meanwhile, Prithvipal Singh, the SHO of Sadar police station under whose jurisdiction one of the settlements falls said, "So far none of the Rohingya refugees living in Jaipur have been vaccinated. However, as far as ration is concerned, the local NGOs are helping them.”

Ashok Kumar Choudhry, Additional District Magistrate (ADM 4, Jaipur), who has been tasked with the inoculation drive, told Outlook, "We are aware of their issues. We are trying to find a way out and get them vaccinated in the coming days.” 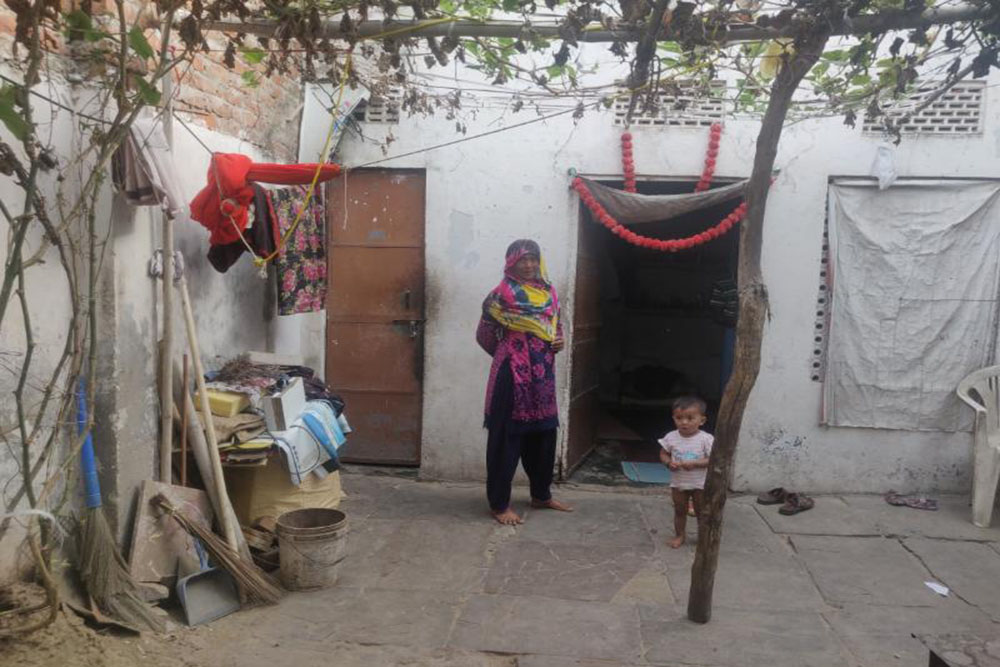 In wake of concerns raised by the civil society groups about the lack of vaccines for Pakistani Hindu refugees, the Rajasthan High Court on May 28, directed the state government to ensure that ration and food material be made available to all the needy Pakistani migrants residing in various districts of Rajasthan.

On May 28, 2021, the Rajasthan HC, while hearing a request for vaccination of Pakistani Hindu refugees directed the state government to inoculate them and stated that the guidelines issued by the central government in no way excludes such migrants when it comes to Covid-19 vaccination.

Again, on June 3, 2021, in its latest hearing the Rajasthan High Court had directed the state government to explain why it is not considering the Pakistani migrants, who are not having prescribed identity cards, for Covid-19 vaccination.

The HC said that it has already clarified on May 28, 2021, that such Pakistani migrants are eligible for Covid-19 vaccines as per the central government SOP dated May 06, 2021.