This year, the Shree Jagannath Temple Administration (SJTA), the governing body of the Lord Jagannath temple, invited bids to auction the broadcast rights of the procession. 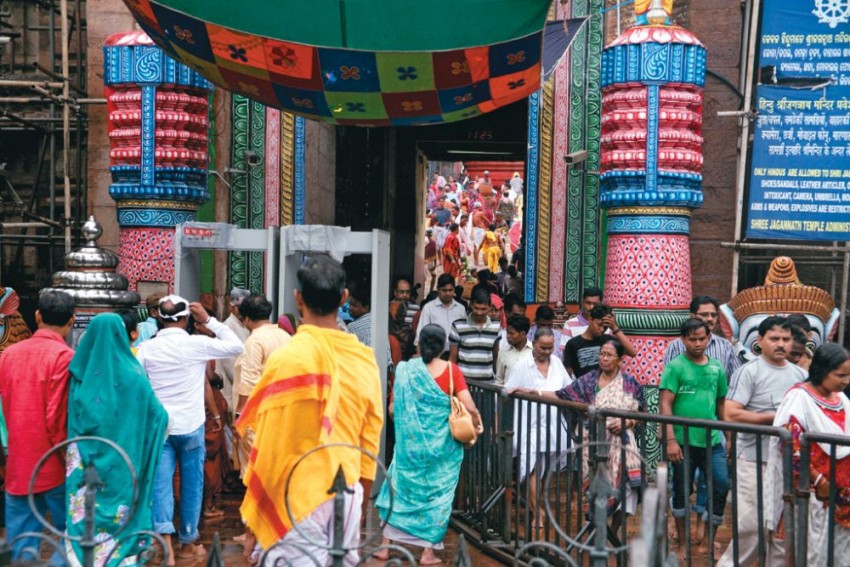 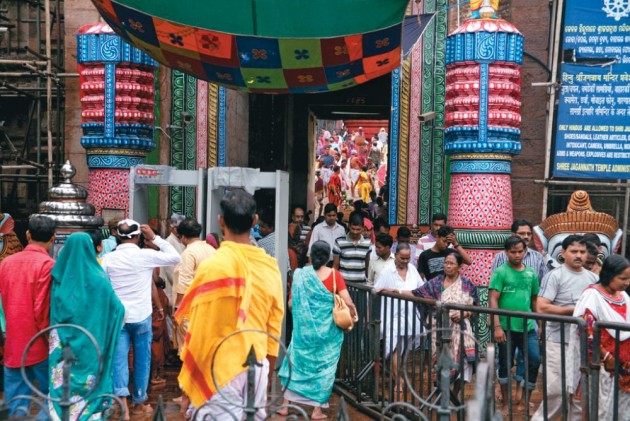 The annual rath yatra (Car Festival) is the most eagerly awaited event in Odisha. Lakhs congregate on the Grand Road (Bada Danda) in the temple town of Puri to witness the unique spectacle.

The three deities of the 12th century Jagannath temple - Lord Jagannath, Lord Balabhadra and Devi Subhadra - come out of their abode and their heavily decked up Raths (chariots) travel to the Mausima Temple (aunt's place).

While devotees, in thousands, watch in person, millions more around the world watch the mega event on TV as devotees pull the Raths on the Grand Road.

This year though, the Shree Jagannath Temple Administration (SJTA), the governing body of the Lord Jagannath temple, invited bids to auction the broadcast rights of the procession. The decision drew flak from all quarters before being rescinded.

It's been two days since the SJTA annuled the bidding process, but neither the body nor the law ministry has given any explanation.

When asked if the governing body had sought permission before going ahead with the bidding exercise, Law minister Pratap Jena, under whose jurisdiction the SJTA functions, maintained silence.

On June 10, Monday, the SJTA had invited bids for the telecast rights of Rath Yatra last week. Accordingly, seven local TV channels had bid for the rights on Monday with leading news channel OTV quoting the highest amount of Rs. 54 lakhs and Kanak TV the lowest of just Rs. 1.25 lakh.

However, the governing body then announced that instead of awarding the rights to the highest bidder, "no channel" will be deprived of the rights to telecast the event.

“But the channels will have to share a part of the ad revenue they earn out of the telecast of Rath Yatra. I shall convene a meeting with channel heads in this regard in a day or two,” SJTA chief administrator Pradipta Mohapatra told media persons after a meeting of the temple management committee, which is believed to have rejected the proposal, on Monday.

As soon as the announcement on the invitation to bids came, TV channels, experts on the Jagannath cult, the priestly class, the devotees etc criticised the new move.

Prasanna Kumar Dash, a Puri-based social activist, moved the Orissa High Court challenging the decision on Monday. Devotees and priests were upset that it would deprive millions of people of watching the mega religious festival while the channels said it violated the fundamental policy of justice and fair play. A delegation of media persons requested the SJTA to desist from this "ill-thought out move".

It is, however, still unclear if the all-around criticism, the fear of litigation in the court or the fact that OTV, the Naveen Patnaik government’s bête noire at the moment, won the bid, forced the committee to abandon its move.

But even going back on its word didn't bring any respite to neither the state government nor the governing body.

“How can the government ask for a share of the ad revenue that the channels are earning? Tomorrow, it could say it wants a share of the profit of the shops on Grand Road during Rath Yatra. It’s ridiculous,” said Ashok Mohapatra, legal advisor to the Gobardhan Peeth, the seat of Puri Shankaracharya Nischalananda Saraswati and a member of the all-powerful Mukiti Mandap Pandit Sabha, which has the last word on all disputes of a religious or social nature concerning the affairs of the 12th century Jagannath temple.

The channels themselves, in contrast, have been extremely wary of criticizing the decision or its subsequent revocation, perhaps because of the fear of losing out on the telecast rights – and with it, the sizeable ad revenue they make every year.

But this is not the first time when the SJTA was mired in controversy. After the fiasco over the missing key to the Ratna Bhandar, the enclosure that stores all jewellery of the temple worth crores of rupees, last year, it is yet to find a solution to the stand-off with the servitors on the question of sharing of the temple offerings and hereditary right to serve in the temple.

However, the SJTA's decision of screening the list of commentators employed by the channels to test their knowledge of the Jagannath Cult and the myriad rituals associated with the Rath Yatra – has received support from most people.

'Erosion Of Support Among Basic Classes': CPI(M) On Poll Debacle