The corridor will facilitate visa-free movement of Indian pilgrims, who will have to just obtain a permit to visit Kartarpur Sahib, which was established in 1522 by Sikh faith founder Guru Nanak Dev. 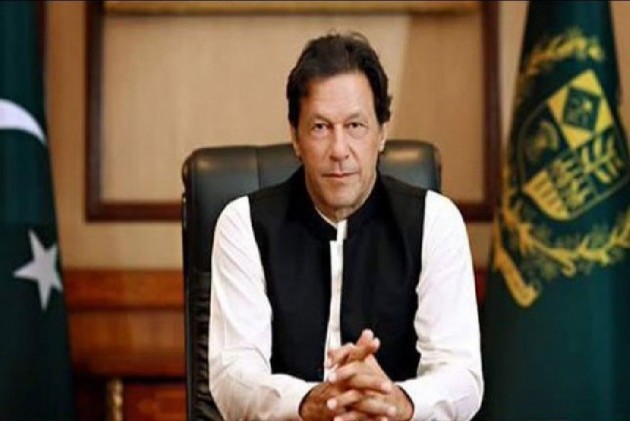 He also added no fee will be charged on the birth anniversary of Guru Nanak Dev and on the day of inauguration of the Kartarpur corridor.

For Sikhs coming for pilgrimage to Kartarpur from India, I have waived off 2 requirements: i) they wont need a passport - just a valid ID; ii) they no longer have to register 10 days in advance. Also, no fee will be charged on day of inauguration & on Guruji's 550th birthday

Punjab Chief Minister Amarinder Singh on Friday said he was “happy and grateful” that the Pakistan government decided to waive passport requirement for Sikh pilgrims visiting Kartarpur Sahib and urged Prime Minister Imran Khan to extend the waiver for all Indians.

"Happy & grateful for waiver of passport & advance registration conditions for Sikh pilgrims by @ImranKhanPTI govt, but would urge Pakistan to apply this not just to Sikhs but all citizens of secular India. Also, urge Pak PM to waive off $20 fee on all days instead of just two,” he said in a tweet.

Last week, India and Pakistan signed the much-awaited agreement for operationalizing Kartarpur Corridor on "zero lines" on the border, just weeks ahead of the 550th birth anniversary of Guru Nanak Dev.

The two sides met on "zero lines" on the border and signed the agreement. The Indian delegation was led by SCL Das, Joint Secretary (Internal Security) in the Home Ministry and the Pakistani delegation by its Ministry of Foreign Affairs spokesperson Mohammed Faisal.

Pakistan did not agree to India's demand to make the Kartapur Gurdwara's visit, charge free. Following the low-key ceremony to sign the agreement, New Delhi had expressed disappointment on Pakistan's refusal to waive USD 20 service charge on Indians visiting Kartarpur Sahib Gurdwara and urged Islamabad to reconsider its decision given the "religious and spiritual sentiments" of the pilgrims.

According to the home ministry, the agreement, which lays a formal framework for operationalising the corridor, stated that Indian pilgrims of all faiths and persons of Indian origin can use the corridor. The travel will be visa-free and pilgrims need to carry only a valid passport. Persons of Indian Origin need to carry OCI card along with the passport of their country.

Addressing the media, Faisal had then announced that under the agreement, the Indian authorities will provide a list of pilgrims 10 days ahead of their visit.

The corridor will facilitate visa-free movement of Indian pilgrims, who will have to just obtain a permit to visit Kartarpur Sahib, which was established in 1522 by Sikh faith founder Guru Nanak Dev. Both countries will hold events to mark the opening of their sections of the corridor.