The NGT committee is being headed by Justice Jasbir Singh, a former judge of Punjab and Haryana High Court 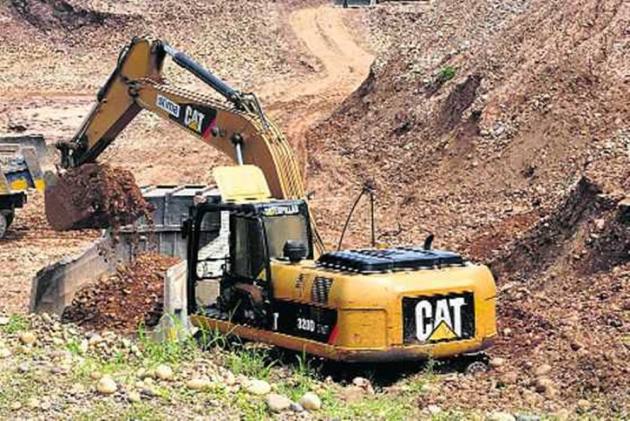 Alarmed over illegal mining and sand smuggling at Swan river in Himachal Pradesh posing a threat to the ecology and biodiversity, the National Green Tribunal (NGT) has set up a five-member committee to study the damage being caused to the river. The committee has also been asked to recommend measures to protect the local biodiversity and environment.

The committee, headed by Justice Jasbir Singh, a former judge of Punjab and Haryana High Court, has been told of areas where the river bed mining was going on recklessly and suggest measures to stop the mining and also taking remedial steps by the state government agencies.

The order was passed by a bench headed by NGT chairman Justice Adarsh Kumar Goel on a petition filed by a local resident on the threat being posed to the Rs 922-crore Swan channelization project in Una district, which is nearly 1,200 sq km area of the Swan river and 65 km of the river’s length in Himachal Pradesh. There are 73 small tributaries (mini-channels) which join the river from different catchment areas of nearby the villages.

The issue of illegal mining has made headlines several times, during the earlier Congress government, but hardly any action was taken. The state has suffered a loss to the tune of several crores of rupees in terms of royalty from mining. The mining mafia, it is an admitted fact, enjoys political patronage too.

“Yet the biggest concern is how the agricultural land of the nearby villages in the catchments of the river will get affected if illegal mining jeopardises the efforts made under the channelization project to protect their land from the huge flow of water of the river during rainy season,” the petitioner alleged.

Thousands of trucks are being loaded beyond the required capacity and running on the roads in utter violation of the norms fixed by the government.

The petitioner also alleged that the trucks-tippers are being overloaded which are causing damage to the roads, causing pollution in the area, inconvenience to people on the roads and accidents are taking untimely lives of the people at large.

There is every possibility that it may cause not only loss, damage and destruction to the channelisation work of the Swan river, it may also cause damage to the bridges, leading to loss of public funds already spent for this purpose, besides loss to the water level.

The NGT, in its order passed on March 2, has also asked the secretary (environment), HP State Pollution Control Board and the Una deputy commissioner to take note of the incidents, verify the facts and take steps following due process of law.

Earlier, the NGT had passed similar orders asking the state government to stop illegal mining on the river beds in districts of Mandi, Kangra, Kullu and Sirmaur increasing chances of environmental disasters and flash floods in the state.