Neither CID Nor Court Recommended A Passport For Mehbooba Mufti: Srinagar Passport Officer

In March, Mehbooba had moved court after being denied a passport due to a CID report, which stated that issuance of passport to her will be ‘detrimental to the security of India’ 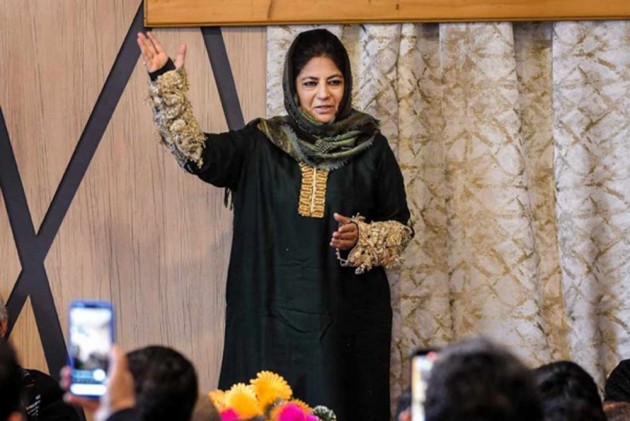 Neither any court nor the Criminal Investigation Department (CID) recommended a passport for PDP chief Mehbooba Mufti, regional passport officer (Kashmir) B B Nagar said on Tuesday.

"In Jammu and Kashmir, we are dependent on police verification for issuing a passport to an applicant. We issue passports only after verification and recommendation of the CID. In case a person after having a negative CID report approaches court for issuance of passport and the court directs us to issue a passport, we comply with the court’s directions,” Nagar said adding that the CID didn’t recommend a passport for Mehbooba and the court also did not direct them to issue one.

‘This Is The Level Of Normalcy In Kashmir…’: PDP Chief Mehbooba Mufti On Being Denied Passport

In March, Mehbooba had moved court after being denied a passport due to a CID report, which stated that issuance of passport to her will be “detrimental to the security of India.”

In her petition, Mehbooba had stated that she has a right to hold a passport as it was a right given to her by Article 21 of the Constitution of India. However, a single bench justice Ali Mohammad Magrey in its order had said “I am of the considered view that no direction can be issued by this court for issuance of passport in favour of the petitioner. The scope of this court in the matter of grant or otherwise of passport in favour of an individual is very limited...can only direct the concerned authorities to expeditiously consider the case of an individual in the light of the mandate of the scheme of law governing the subject.

Meanwhile, in response to questions on the Anti-Corruption Bureau’s (ACB) raid at the passport office Srinagar, Nagar said that it was not a raid but a routine visit. Talking to reporters in Srinagar, he said the ACB sought details about some cases and he provided them.

However, the ACB hasn’t issued any statement about the incident. A senior ACB official told Outlook that the agency issues statements only after investigating cases thoroughly.