Barring BJP, all other parties in Tamil Nadu are opposed to NEET. The issue garnered political mileage over the years following the suicide of 15 NEET aspirants till date. 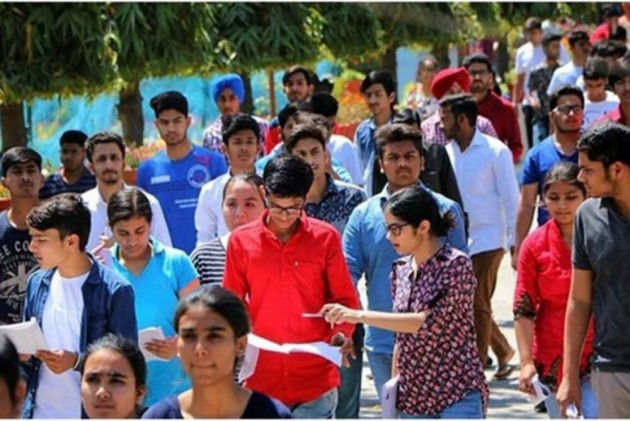 The Tamil Nadu Assembly on Monday passed a Bill which could make the state government to eliminate NEET from being used in getting admission to medical programmes.

Quoting a high level committee led by Justice A K Rajan, a retired judge of the Madras High Court, the preamble said, the panel, on making a detailed study concluded that if NEET continued for a few more years, the health care system of Tamil Nadu would be very badly affected and there may not be enough doctors for postings in Primary Health Centres or state-run hospitals and that the rural and urban poor may not be able to join the medical courses.

The Bill, which was introduced in the House based on the panel's report, recommended that "the state government may undertake immediate steps to eliminate NEET from being used in admission to medical programmes at all levels by following the required legal and or legislative procedures."

From the report of the committee, it became apparent that "the NEET is not a fair or equitable method of admission since it favours the rich and elite section of the society."

Also, the standard of medical education is no way diluted or affected merely by dispensing with the common entrance examination, the preamble said.

Admissions to medical courses are traceable to entry 25 of List III, Schedule VII of the Constitution and therefore the state is competent to regulate the same, the Statement of Objects and Reasons (SoOAR) of the Bill as per the TN legislature's competence to legislate on the subject.

Students from affluent sections go abroad for higher studies after MBBS and the number of doctors serving in the state is declining, it said.

The SoOAR said the panel in its finding has reported that the NEET has undermined the diverse societal representation in MBBS and higher medical studies favouring mainly the affordable and affluent segments while thwarting the dreams of underprivileged social groups to pursue medical education.

The analysis related to Socio Economic and Other Demographic Status (SEODS) of those who have competed for medical education has proved this fact, it said.
In medical education, NEET has given up the representation of the social and other demographic groups having low SEODS.

Social groups mostly affected were the students of Tamil medium, having rural background of government schools, those having parental income of less than Rs 2.5 lakh per annum and the socially depressed and disadvantaged groups like the Most Backward Classes, the Scheduled Castes and Scheduled Tribes, the SoOAR said quoting extensively from the findings of the panel.

"Therefore, the Committee concludes that the NEET is against these disadvantaged groups." The NEET, within its purview, also does not seem to ensure merit or standard of students who are eventually offered MBBS seats.

The findings indicate that the NEET has only enabled and empowered comparatively low performing (in NEET score and Class XII score) students to get admission to MBBS.

"Therefore, the question of NEET ensuring quality and merit of students is to be ruled out."
Comparatively, it has been observed that the Class XII marks based admissions during the pre-NEET period ensured entry of quality and meritorious students.

Even before 2017, TN had one of the highest numbers of medical and dental educational institutions and the standard of graduating students was high. Admissions based on Class XII marks would in no way lower the standard of education since the higher secondary syllabus is of a sufficient standard.

"It is evident from the panel's report that NEET is not an equitable method admission. The experience of the past four years of NEET has shown that the exam has shattered the hopes and dreams of TN students aspiring for admissions to medical and dental courses, particularly, the students from the socially and economically backward classes," the statement said.

NEET has caused huge financial burden to students from the socially and economically backward classes. "It fester inequality, as it favours the rich and more privileged classes of society who are able to afford special coaching apart from pursuing Cass XII. It virtually barricades the underprivileged social groups from medical and dental education. This is against the very object of the equality clause enshrined in the Constitution and it also infringes the right to education of children from these underprivileged class of society." Students from affluent sections, after completing UG course do not serve in rural areas and they often pursue PG courses abroad. "Thus the number of serving doctors in the state is declining. "

After considering the recommendations of the committee, the government said to ensure social justice, it has decided that the admission to UG courses in medicine, dentistry, Indian medicine and homeopathy in Tamil Nadu shall be made only based on the marks obtained in the higher secondary examination, Class XII or Plus Two.

Barring BJP, all other parties in Tamil Nadu are opposed to NEET and this issue became politically sensitive over the years following the suicide of 15 aspirants till date. (With PTI inputs)