Natwar Singh Says Non-Gandhi Leader Will Cause Party To Split, Presses For Priyanka To Lead Party

Natwar Singh said that if anyone is elected from outside the Gandhi family, the Congress will split within 24 hours. 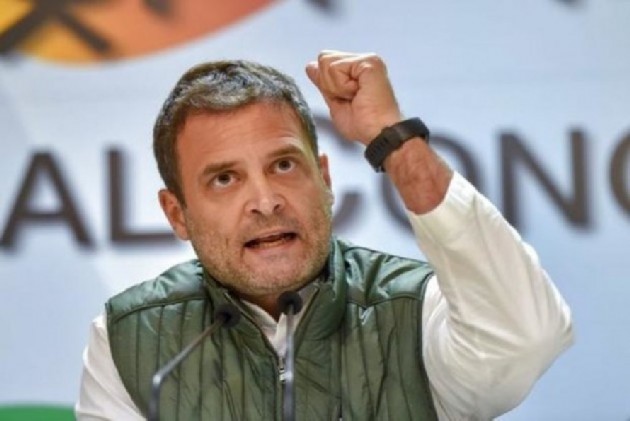 With the Congress leadership in a fix after the resignation of Rahul Gandhi, party veteran Natwar Singh on Sunday joined the chorus backing Priyanka Gandhi Vadra for the top post, adding that having a non-Gandhi at the helm will cause the party to split.

Praising Priyanka for her visit to Sonbhadra to meet victims of a firing incident, the former external affairs minister told ANI that she is capable of handling the party. "You must have witnessed what she did in a village in Uttar Pradesh. It was amazing. She stayed there and achieved what she wanted to," he said.

Singh suggested that Rahul's decision of a having someone from outside the Gandhi family as the party chief will have to be reversed.

On being asked if Priyanka would be elected as the party president, the Congressman said, "It will depend on Priyanka because her brother (Rahul Gandhi) had said that nobody from the Gandhi family will become the Congress president. Now, the family will have to reverse the decision and only they can do it."

Earlier, Anil Shastri, son of former prime minister Lal Bahadur Shastri, had said that Priyanka Gandhi should be made the Congress president as no one other than her is "100 per cent acceptable".

Natwar Singh said that if anyone is elected from outside the Gandhi family, the Congress will split within 24 hours.

"It is unfortunate that the country's 134-years-old party does not have a party president. I do not think apart from the Gandhi family, anyone should be elected as the president," Singh added.

Gandhi, now a lawmaker from Wayanad in Kerala, became the Congress president in 2017. He had earlier this month, written a lengthy four-page letter making his resignation from the post public. Taking responsibility for the drubbing in Lok Sabha polls, Rahul had said it would not be right for him to suggest a successor.