The pro-CAA rally was held following a protest against the law by a section of the Bombay High Court lawyers on January 20. 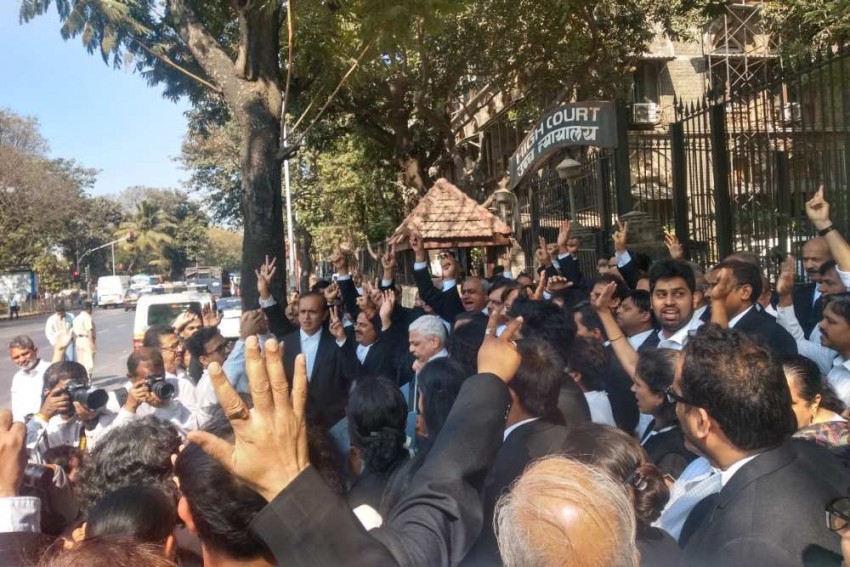 Lawyers take out a march in front of Bombay High Court to back the CAA.
Twitter/@advpriyank
PTI January 27, 2020 00:00 IST Mumbai Lawyers Take Out Rally In Support Of CAA Outside High Court 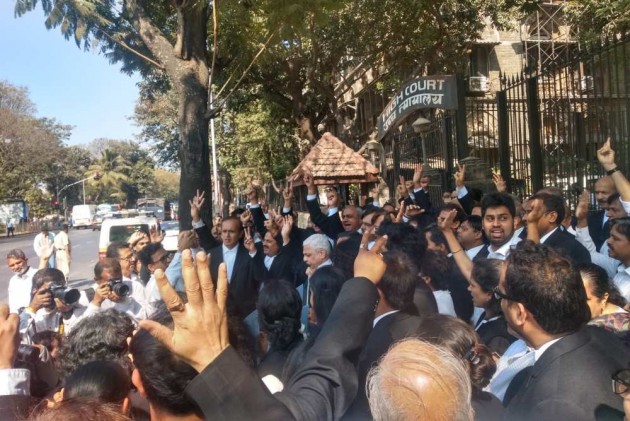 Nearly 100 lawyers took out a march outside the Bombay High Court on Monday afternoon in support of the "constitutionally valid" Citizenship Amendment Act (CAA).

The lawyers marched from one gate of the HC to another while shouting slogans like "We support CAA", "Bharat Mata ki Jai" and "Vande Mataram".

"There is a presumption that every law is Constitutionally valid and the CAA is not an exception. Unless any Act is declared as invalid the law continues, and hence we took out a march in support of the CAA," Warunjikar told PTI.

On January 20, a bunch of lawyers gathered outside the high court and read out the Preamble to the Constitution of India in protest against the CAA.

Protests have been going on in different parts of the country against the new law, which grants Indian citizenship to Hindus, Christians, Sikhs, Buddhists, Parsis and Jain refugees from Pakistan, Afghanistan and Bangladesh who had entered India on or before December 31, 2014 due to religious persecution.