Mehbooba Mufti has been asked by the ED to appear before it in Delhi on March 22. 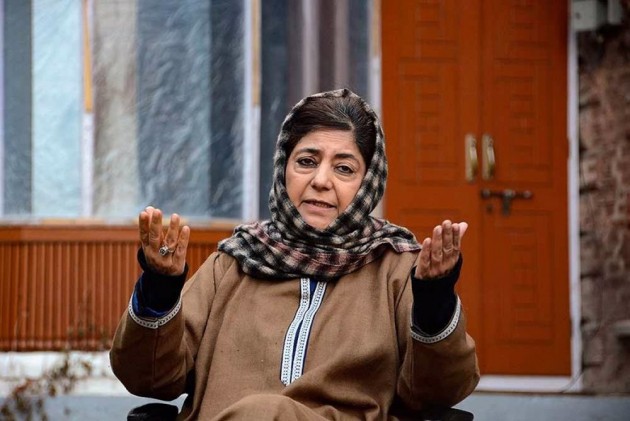 The Delhi High Court has refused to stay the summons issued to Mehbooba Mufti by the Enforcement Directorate (ED) in a money laundering case. The law enforcement agency had summoned the former Jammu and Kashmir chief minister for questioning earlier this month.

A bench comprising of Chief Justice D N Patel and Justice Jasmeet Singh on Friday said they are not granting any relief to the PDP leader.

The court asked the ED to file a short note of submission along with a compilation of judgements relied upon by them before the next date on April 16.

Solicitor General Tushar Mehta, representing the ED, said Mufti just has to appear before the officials.

The ED, which had earlier summoned Mufti for March 15, has now been issued a summons for March 22.

Senior advocate Nitya Ramakrishnan, representing Mufti, urged the court to ask ED not to insist on her personal presence as was done earlier.

To this, the bench said, "We are not giving any stay. We are not granting any relief."

Mufti has sought quashing of summons issued to her by the ED in a money laundering case.

She has also sought to declare section 50 (power of ED officer to record statement) of the Prevention of Money Laundering Act as void and inoperative, being unfairly discriminatory, bereft of safeguards, and violative of Article 20(3) of the Constitution.

She has also sought an interim stay on the summons until the question of law in relation to the constitutionality of Section 50 of the Act is decided.

The 60-year-old president of the Peoples Democratic Party (PDP), was released last year after more than a year in detention.