President of the European Commission Ursula von der Leyen said the EU stands in 'full solidarity' with the people of India. 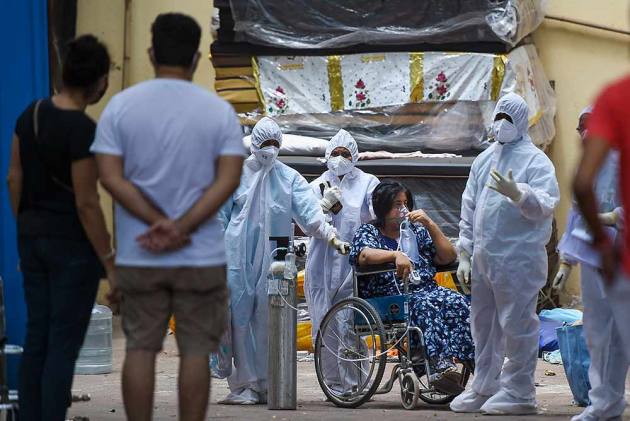 As India continues to battle a severe second wave of coronavirus pandemic, Germany, the UK, and the European Union on Sunday shared their plans to provide assistance to the country.

The European Union on Sunday said it is pooling in resources to respond rapidly to help India's fight against the fast-spreading coronavirus pandemic.

A senior official of the 27-nation powerful bloc said the European Union (EU) has already activated its Civil Protection Mechanism to mobilise support for India including supplying urgently needed oxygen and medicines.

Explained: Here’s How To Get Plasma; Check Availability Of Covid-19 Beds And Remdesivir Injections

Under the mechanism, the EU plays a central role in coordinating its responses to emergencies in Europe and beyond.

As India reels under a massive spike in coronavirus cases, President of the European Commission Ursula von der Leyen said the EU stands in "full solidarity" with the people of India.

"Alarmed by the epidemiological situation in India. We are ready to support. The EU is pooling resources to respond rapidly to India's request for assistance via the EU Civil Protection Mechanism," der Leyen said in a tweet.

"Upon request for assistance by #India, we have activated the #EU Civil Protection Mechanism. The European Union will do its utmost to mobilise assistance to support people of India," he tweeted.

The UK on Sunday announced sending life-saving medical equipment including ventilators and oxygen concentrator devices to the country.

The UK High Commission here said more than 600 pieces of vital medical equipment will be sent to India to support the country in its fight against COVID-19.

It said ventilators and oxygen concentrator devices are due to leave the UK on Sunday and the first shipment is expected to arrive in Delhi early on Tuesday with further consignments reaching later this week.

"We stand side by side with India as a friend and partner during what is a deeply concerning time in the fight against COVID-19," British Prime Minister Boris Johnson said.

"Vital medical equipment, including hundreds of oxygen concentrators and ventilators, is now on its way from the UK to India to support efforts to prevent the tragic loss of life from this terrible virus," he is quoted as saying by the high commission.

It said the assistance package, funded by the Foreign, Commonwealth and Development Office, includes ventilators and oxygen concentrators from surplus stocks.

"It will be used by the government of India to provide vital medical treatment to those suffering from COVID-19 in India," it said.

The high commission said the support follows a request from India and Prime Minister Johnson's pledge for the UK to do all it can to help the country.

"In total, nine airline container loads of supplies, including 495 oxygen concentrators, 120 non-invasive ventilators and 20 manual ventilators, will be sent to the country this week," the high commission said.

German Chancellor Angela Merkel on Sunday said her government is "urgently" preparing a "mission of support" for India as it battles a massive spike in coronavirus cases that has triggered a severe shortage of medical oxygen in several states.

In a message, Merkel said Germany stands in solidarity with India in the "common fight" against the pandemic.

"To the people of India I want to express my sympathy on the terrible suffering that COVID-19 has again brought over your communities," Merkel said.

"The fight against the pandemic is our common fight. Germany stands in solidarity with India and is urgently preparing a mission of support," added.

Her message was shared on Twitter by German Ambassador to India Walter J Lindner.

Afghan President Ashraf Ghani too expressed solidarity with India as it reels under the second wave of the pandemic.

"Our hearts go out to the Indian people & government as they fight the horrendous outbreak of COVID. On behalf of the Afghan people & government, we send our condolences to the families who lost their loved ones & wish a quick recovery to those who are suffering from the virus," Ghani tweeted.

India is struggling with the second wave of coronavirus infection and hospitals in several states are reeling under a shortage of medical oxygen and beds in view of rising COVID-19 cases.

The country recorded over three lakh-plus coronavirus cases for the fourth straight day.