Mayawati Accuses UP Police Of Committing Atrocities Against Dalit Families

After Priyanka Gandhi, BSP chief Mayawati has launched an attack on UP Police for allegedly committing atrocities against Dalit families in Azamgarh. 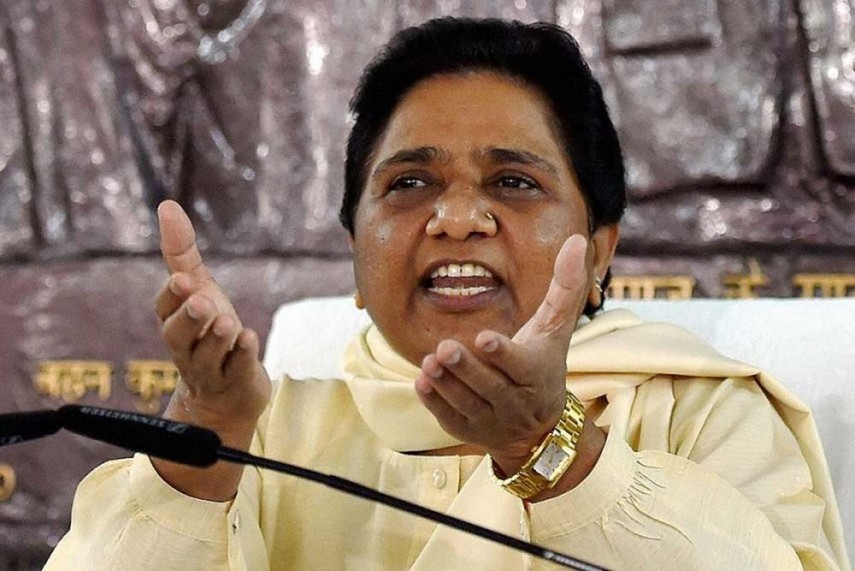 Congress general secretary Priyanka Gandhi hitting out at Uttar Pradesh Police for its "anti-Dalit" mentality, Bahujan Samaj Party chief Mayawati has now accused UP Police of committing atrocities against Dalits in the state. Demanding strict action against the cops responsible, Mayawati said that police had committed atrocities against Dalit families in Azamgarh.

"It is shameful that Azamgarh Police instead of giving justice to the victimised Dalits of Palia village are committing atrocities on them and causing financial losses. The government should take immediate cognisance of this incident and take strict action against the culprits and compensate the victims financially," Mayawati said in a tweet in Hindi.

The BSP supremo also demanded compensation for the victims.

"Taking note of the seriousness of this latest incident of victimisation of of Dalits by the oppressors and the police, a delegation of BSP under the leadership of former MLA Gaya Charan Dinkar will visit the village soon to meet the victims," she said in another tweet.

Previously, Priyanka Gandhi Vadra has also tweeted about the attacks on Dalit families by UP Police in Palia village of Raunapar, Azamgarh.

According to police, there was a dispute between a doctor and some people in Palia village under Raunapar Police Station area on June 29 following which two policemen intervened in the matter and they were allegedly attacked by the village pradhan and his aides.

On the same night, police surrounded the Dalit hamlet and damaged the houses and looted them following which, the villagers fled, claimed locals.

On Monday, Congress general secretary Priyanka Gandhi Vadra too had accused the state police of attacking Dalits in Azamgarh, and sought action against the accused and adequate compensation for the victims.

Meanwhile, Superintendent of Police, Azamgarh, Sudhir Kumar Singh said a case has been registered against 11 named people and 135 unidentified people.

He too claimed that cops were attacked and efforts are on to catch the accused.