Home  »  Website  »  National  »  May God Do Whatever Is Best For Him: Pranab Mukherjee's Daughter

May God Do Whatever Is Best For Him: Pranab Mukherjee's Daughter

The condition of former President Pranab Mukherjee worsened on Tuesday, doctors attending on him said. 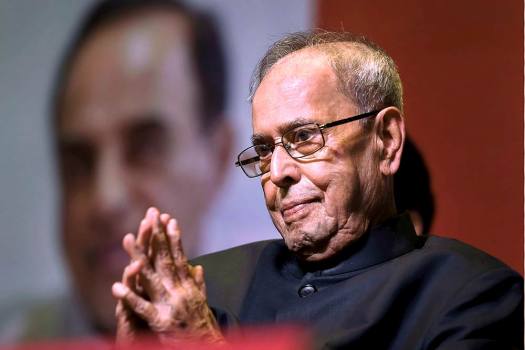 The daughter of former President Pranab Mukherjee, who is in a critical condition after undergoing brain surgery, prayed for her father saying may God do whatever is best for him.

Sharmistha Mukherjee, who is a Congress leader, said her father has fallen critically ill just a year after he received the 'Bharat Ratna' -- the country's highest civilian award.

"Last year August 8 was one of the happiest day for me as my dad received Bharat Ratna. Exactly a year later on August 10 he fell critically ill.

"May God do whatever is best for him and give me strength to accept both joys and sorrows of life with equanimity. I sincerely thank all for their concerns,"she said on Twitter.

The condition of former President Pranab Mukherjee worsened on Tuesday, doctors attending on him said.

The Army's Research and Referral (R&R) Hospital said he remains on ventilator support and he has not shown signs of improvement, after he underwent a brain surgery on Monday.

The 84-year-old former President was admitted to the military hospital around noon on Monday, and had also tested positive for COVID-19 prior to the surgery.

"Shri Pranab Mukherjee's health condition continues to remain critical at Army Hospital (R&R) Delhi Cantonment. The former president, who underwent lifesaving emergency surgery for brain clot on 10 August 2020, has not shown any improvement and his health status has worsened. He remains on ventilatory support," the hospital said in its bulletin on Tuesday.