However, the All India Council for Technical Education, has stated that it will not be mandatory for state governments to offer maths courses to students who have not studied them it class 12. 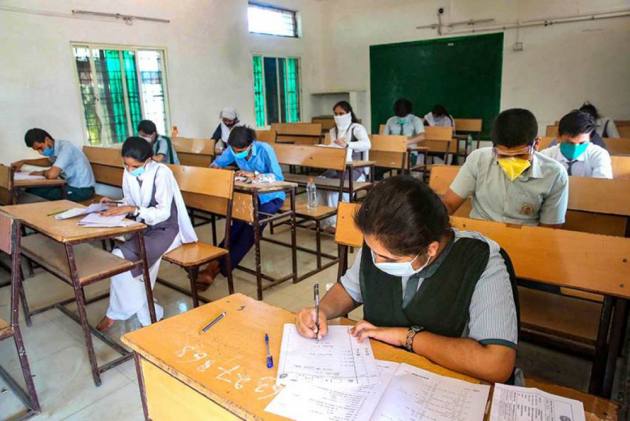 Days after the All India Council for Technical Education (AICTE) issued revised guideline stating that students no longer need to opt subjects such as physics, chemistry and mathematics in class 12 to pursue a few streams of engineering, the council has issued a clarification stating that the above mentioned subjects will continue to be important courses in most engineering courses.

However, the AICTE did add that it will not be mandatory for state governments or other institutions to offer these courses to students who have not studied them in class 12.

Students opting for streams like Biotechnology, Textile or Agriculture Engineering will be exempted from studying mathematics, physics and chemistry in class 12, AICTE chairperson Anil Sahasrabudhe said on Friday.

"Physics, Chemistry and Mathematics will continue to be important subjects for certain streams of engineering like mechanical engineering, it's not that these subjects will lose their relevance. However, for streams like Textile Engineering, Agriculture or may be Biotechnology, students will have an option of not studying the three subjects compulsorily in class 12 and make up for them through bridge courses later," Sahasrabudhe said during a press conference.

Students need to pass in any three subjects (from the list) with a minimum of 45 per cent marks in class 12 board examination to be able to apply for admission in undergraduate courses in engineering, AICTE’s revised guidelines state.

"Universities will offer suitable bridge courses such as Mathematics, Physics, Engineering, Drawing, for students coming from diverse backgrounds to achieve desired learning outcome of the programme," the AICTE states in its Approval Process Handbook 2021-22.

According to Sahasrabudhe, the new Approval Process Handbook 2021-22 has been changed to remove the restrictions of the previous rules in case there are states or universities that want to open up "on the lines of the NEP".

"There was a very classic case which came up this year during admission into an Agricultural Engineering or Agricultural Technology course where Physics, Chemistry and Maths (PCM) are mandatory. Now, in open schooling and the CBSE there are subjects like Agricultural Chemistry. However, these institutes are only accepting pure chemistry," said Sahasrabudhe, while highlighting the importance of multidisciplinary approach.

However, the chairperson reiterated that it is not mandatory for states or institutions to change their current mandatory preference of PCM for admission to engineering courses.

"While opening up the window, it is not mandatory to any of the states or universities that they must admit students from any of the three courses or 10 or 12 have listed there.

"Universities and the state governments may continue to have the same three subjects of Maths, Physics and Chemistry, as mandatory. This is purely a window of opportunity which is open, but not restricting, or forcing or making it mandatory that any three subjects can and should be allowed," said Sahasrabudhe.

On offering engineering courses in mother tongue, the AICTE cited its survey recently where 42 per cent of the current second, third and fourth year engineering students said that they would prefer to pursue their course in mother tongue had there been an opportunity.

"No one is being forced. This is an opportunity created and not being imposed. We have this misgiving that we all have to do our engineering in our mother tongue. But also think of those who wanted to pursue in their mother tongue have deprived them of this opportunity till now? We conducted a survey on students who are already in second, third and fourth year. They have already learnt their science subjects in English.

"And, it is not the Hindi speaking students, but majority students from Tamil Nadu said had they got an opportunity they would have studied in Tamil. Second was in Hindi, third was Telugu, fourth was Marathi and fifth was Kannada," he stated.