Home  »  Website  »  National  »  Mamata Vs Modi: All You Need To Know About The Saradha, Rose Valley Scams

Mamata Vs Modi: All You Need To Know About The Saradha, Rose Valley Scams

With the Lok Sabha polls barely months away, the twin scandals look likely to emerge as key issues not only in West Bengal, but also in neighbouring states like Odisha and Assam. 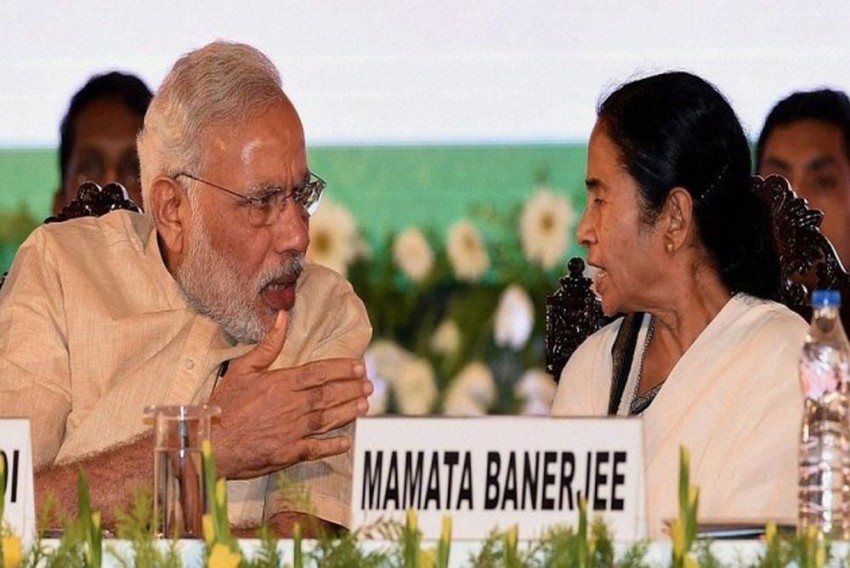 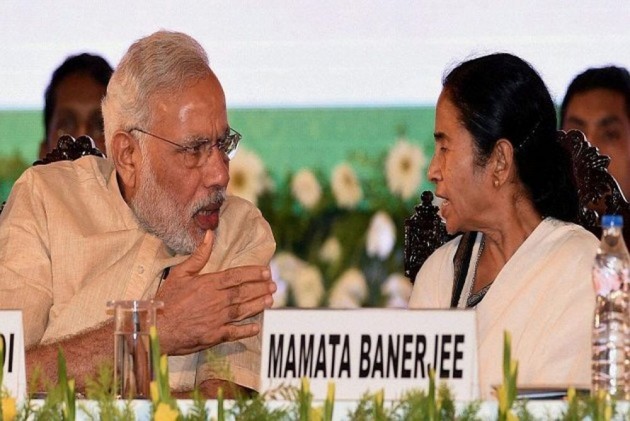 The latest stand-off between the Narendra Modi-led central government and West Bengals Mamata Banerjee government has again brought the two multi-crore ponzi scams - Saradha and Rose Valley - into the mainstream of the political discourse.

With the Lok Sabha polls barely months away, the twin scandals look likely to emerge as key issues not only in West Bengal, but also in neighbouring states like Odisha and Assam.

Here's a dossier on the the two scams and the investigations into them:

The group, which had close links with politicians, had built up its brand by investing in media and CSR (corporate social responsibility) projects.

The Income Tax and Enforcement Directorate initiated probes against the scam and other ponzi schemes.

The Supreme Court had transferred the investigation into the Saradha and other ponzi schemes to the Central Bureau of Investigation (CBI) in 2014 citing inter-state implications and possible international money laundering.

The CBI found irregularities of about Rs 2,500 crore and properties worth around Rs 1,000 crore have been attached across various states.

Sudipta Sen, considered the kingpin of the scam, had fled soon after depositors hit the streets demanding justice. Sen, arrested from Gulmarg in Jammu & Kashmir, is currently in judicial custody.

Debjani Mukherjee, a director of the Saradha group, had fled with Sen after the scam was unearthed. Mukherjee was also arrested from Gulmarg. Her salary was reportedly Rs 1 lakh per month by cheque and another Rs 1 lakh in cash, apart from other perks and privileges. The SIT has filed a charge-sheet against her.

Kunal Ghosh was CEO of Saradha Group's media arm. He was arrested by Bidhannagar Police under sections 420 (cheating), 406 (criminal breach of trust) and 120B (conspiracy) of the IPC. Ghosh, a journalist-turned politician, was suspended by the Trinamool Congress.

After the CBI took over the case on the Supreme Court's order to probe the larger conspiracy, the agency filed a charge-sheet naming Sen, Mukherjee and Ghosh. He was granted interim bail in October, 2016.

Rajat Majumdar: Former West Bengal DGP (Armed Police) Majumdar's name cropped up in the scam and the CBI arrested him in September 2014. He was, in February 2015, granted conditional bail by the Calcutta High Court.

Srinjoy Bose: Former Trinamool Congress Rajya Sabha member and former editor of party mouthpiece Jago Bangla was arrested in November, 2014 by the CBI. Bose had been involved with the management of iconic football club Mohun Bagan in which the group reportedly had invested along with another soccer giant, East Bengal. Bose was granted bail in January, 2018.

Madan Mitra: Trinamool Congress leader and former West Bengal Minister, Mitra was arrested by the central agency in December, 2014. He was seen in videos clips praising Saradha Group chief Sudipta Sen at a meeting. Mitra, known to be one of Mamata Banerjee's most trusted aides and a founder-member of the Trinamool, also allegedly enjoyed benefits from the group. He was granted bail in September, 2016.

The Rose Valley ponzi scheme scam run by the Group's Chairman, Gautam Kundu, was unearthed in 2013. The group allegedly floated 27 companies to run various schemes. It allegedly collected Rs 17,520 crore from depositors in West Bengal, Assam and Bihar. The Enforcement Directorate, which investigated the scam along with the CBI, has attached assets including resorts, hotels, and land worth Rs 2,300 crore and recovered incriminating documents, gold ornaments and precious stones worth Rs 40 crore during searches at showrooms of a jewellery house in connection with the scam.

Gautam Kundu: The CBI arrested Kundu under the Prevention of Money Laundering Act (PMLA) and registered an FIR against him and the company in 2014. He was arrested in 2015 and has since been in jail.

Sudip Bandyopadhyay: Trinamool Congress leader in the Lok Saha Sudip Bandyopadhyay was arrested by CBI for allegedly helping the group extend its network. The agency filed a charge-sheet under sections 120-B (criminal conspiracy), 409 (criminal breach of trust) and 5420 (cheating) of the IPC. He was granted bail in May 2017 by the Orissa High Court.

Tapas Pal: Actor and Trinamool Congress MP Tapas Pal was arrested by CBI for allegedly helping the Rose Valley group run ponzi schemes. According to the agency, he was paid by the group for lending support to its illegitimate business. He got bail in February 2018.