Mamata Tells EC She Did Not Violate Model Code, Asks To Rescind Notice

Mamata Banerjee told the Election Commission that she has the highest regard for central armed police forces, but there have been serious allegations of CAPF intimidating voters. 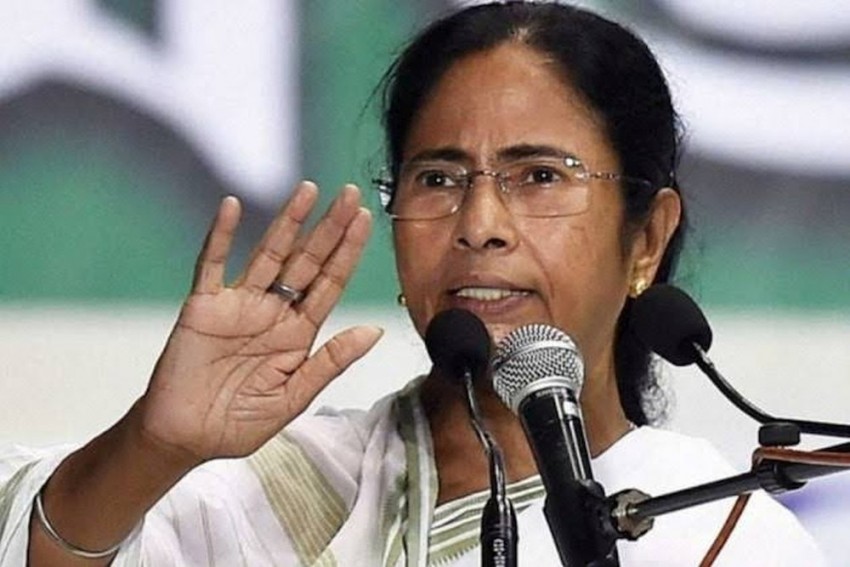 West Bengal Chief Minister Mamata Banerjee defended her remarks on central forces and is learnt to have told the Election Commission on Saturday that she has the highest regard for central armed police forces, but there have been serious allegations of CAPF intimidating voters and influencing the electorate to cast their vote for a particular political party.

She responded to a notice issued by the poll panel on Thursday seeking explanation over her "prima facie completely false, provocative and intemperate statements" against the central armed police forces deputed on election duty in the state, and denied the contents of the EC communication.

Banerjee also urged the poll watchdog to rescind its notice, contending she has not violated the model code or the various sections of the Indian Penal Code.

She claimed that a girl was allegedly molested by an unidentified CRPF personnel in the early hours of April 6 at Ramnagar, under Tarakeshwar police station and the matter was reported to the police which lodged an FIR.

The TMC had complained with the state chief electoral officer. But to date, no tangible action has been taken nor an advisory or instruction issued by Election Commission to the central forces in this regard, she claimed.

"I have the highest regard for the Central Armed Police Force (CAPF) and commend and laud their contributions to the safety and security of the country," she said in her reply.

But during the first three phases of polls in West Bengal, there have been serious allegations of CAPF resorting to intimidation of voters by exerting force, influencing the electorate to cast their votes for a particular political party, Banerjee is learnt to have alleged her reply.

Her party has also lodged several complaints but only a few were redressed, she claimed.

To drive home her point that she did not instigate people to carry out violent acts against the central forces, Banerjee also reproduced certain portions of her speech in her reply to the EC.

"Don't waste your vote. If you engage yourself only in restraining them, they will be happy that you did not cast your vote. This is their plan. It is the plan of the BJP.

"And your plan will be that you will not be scared if they try to intimidate you coming to your village, on the one hand, on the other, you just talk to them. Talking to them will tantamount to restraining them. You don't have to gherao them literally," according to the portion of her speech cited in her reply.

She said that in her speech she had only called upon the voters, specifically women voters, "to protest democratically by gherao if and when somebody (including CAPF) created any obstruction in their right to vote".

She said "gherao" is one of the democratic ways of registering public protest and there is no reason why gherao should be considered illegal. Banerjee said the term "gherao" has been a part of the political lexicon of West Bengal since late 1960.

She said it has been used to connote peaceful "satyagraha" against authorities and she referred to "gherao" in her speech by way of verbal engagement and not a literal gherao.

The TMC chief again targeted the Centre and the CAPF on Saturday after four people were killed in firing by CISF personnel allegedly after coming under attack from locals who "attempted to snatch their rifles" in West Bengal's Cooch Behar district during the fourth phase of polls.

Banerjee said her government will initiate a CID probe into the incident and questioned the central forces' version of firing in self-defence.

Tomar Urges Farmers To Call Off Protest Amid Covid Spike, Says Govt Is Ready For Talks