A grand 'padayatra' will be held in Kolkata during the day to commemorate Netaji's 125th birth anniversary. 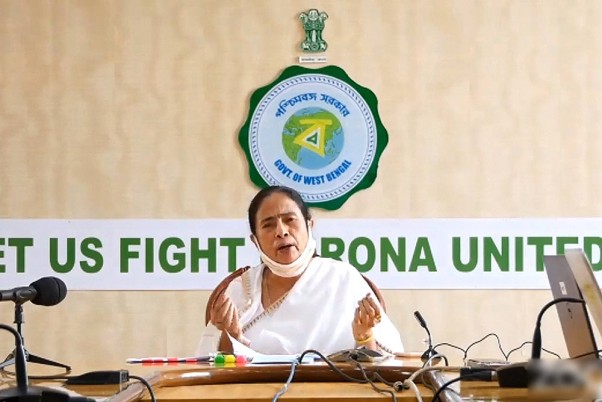 Speaking at the grand event, she said, "We do not celebrate Netaji's birthday only in the years when elections are scheduled. We are celebrating his 125th birth anniversary in a grand fashion. Rabindranath Tagore described Netaji as Deshnayak. That is why we have decided to celebrate this day as Deshnayak Diwas"

"Netaji was one of the greatest freedom fighters of the country. He was a great philosopher."

A grand 'padayatra' will be held in Kolkata during the day to commemorate Netaji's 125th birth anniversary.

Mamata Banerjee announced that a monument, named after Azad Hind Fauj will be built in Rajarhat area and dedicated a state-funded university to Netaji, which will be set up soon.

"A monument, named after Azad Hind Fauj, will be built at Rajarhat. A university named after Netaji is also being set up which shall be funded entirely by the state, and will have tie-ups with foreign universities," she said on the microblogging site.

"This year's Republic Day parade in Kolkata will be dedicated to Netaji. A siren will be sounded today at 12.15 PM. We urge everyone to blow shankh (conch) at home. Centre must also declare January 23 as a National Holiday," the chief minister said.

Hundreds of people, several senior leaders of Trinamool Congress and MLAs joined the procession to pay their tribute to the freedom fighter. Chief secretary Alapan Bandyopadhyay and other bureaucrats of the state government are also present in the rally.

"We are celebrating this day as #DeshNayakDibas. GoWB has also set up a committee to conduct year-long celebrations till January 23, 2022," Banerjee said on Twitter.