Imarti Devi won the legislative election from Dabra constituency of Gwalior on a Congress ticket and was made minister in the cabinet of Chief Minister Kamal Nath. 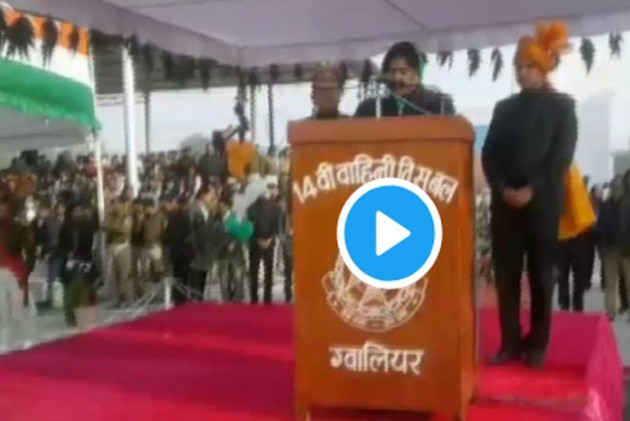 Madhya Pradesh's Woman and Child Development Minister, Imarti Devi was in a tough spot on Saturday after she failed to read what was written in her Republic Day speech. Devi later asked the district collector Bharat Yadav to take over and read her speech.

A video of the incident shared by the news agency ANI has gone viral on social media.

In the video, Devi can be heard reading the first few lines of the speech after which she stopped and said " Collector saheb padhenge (collector will read)".

Imarti Devi was elected member of the 13th assembly in 2008. From 2008-2011, she was a member of the Library Committee and a member of the Committee of Welfare of Women and Children from 2011-2014. She was also the patron of the Anusuchit Jati/Janjati Hit Raksha Sangh.

According to media reports, Officials believe she has to be more careful while signing government documents and important projects.