The mayor of the city said we were looking for something grand enough to fit the stature of the former Prime Minister and then it was decided that the most prominent and biggest intersection of Lucknow -- Hazratganj Chaurha -- will be renamed after him. 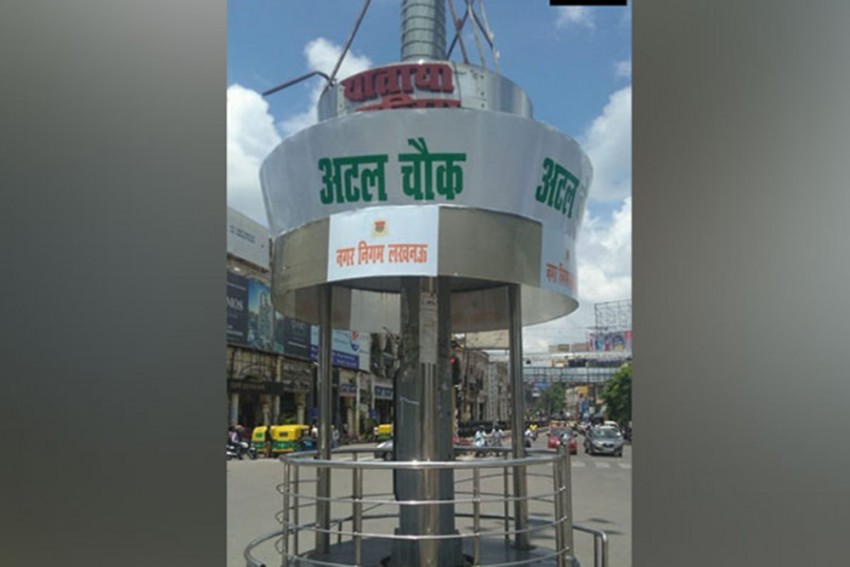 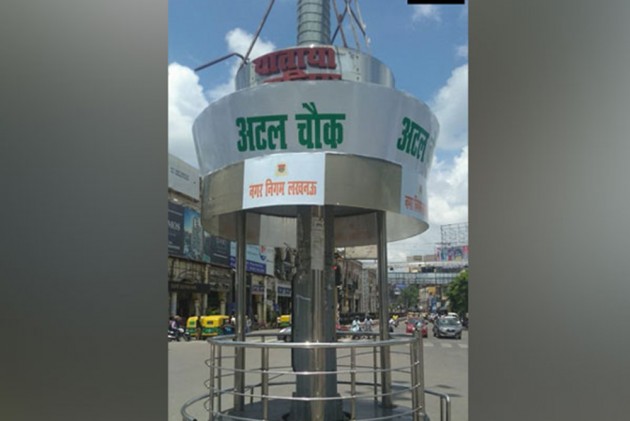 Lucknow's famous "Hazratganj Chauraha" has been renamed as "Atal Chowk" in the memory of former Prime Minister Atal Bihari Vajpayee.

"On the occasion of the first death anniversary of late Shri Atal Bihari Vajpayee ji, Hazratganj Chowk has been renamed after him as 'Atal Chowk' from August 16," read a poster put up at the chowk.

One of the founding members of the Bharatiya Janata Party, Vajpayee died on August 16 last year at the All India Institute of Medical Sciences (AIIMS) after a prolonged illness. He was 93.

Sharing details of the decision, Mayor Sanyukta Bhatia on Friday had told ANI: "A number of councillors were demanding different roads and roundabouts be named after Atal Bihari Vajpayee."

"However, we were looking for something grand enough to fit the stature of the former Prime Minister. It has been decided that most prominent and biggest intersection of Lucknow -- Hazratganj Chaurha -- will be named after Bharat Ratna Vajpayee."

"As the Mayor of the city, we have prepared a draft for developing a memorial for him -- Atal Smriti Upvan. In this memorial, we plan to place his statue along with his 51 poems, speeches and other memorabilia. We have already started a process for identifying land for this memorial," she said.

On August 21, 2018, Chhattisgarh government had announced to rename Naya Raipur as Atal Nagar. Besides this, the BJP-ruled states have also decided to rename a few other places and institutions after his name.