IIT Delhi Director Ramgopal Rao termed the new policy the 'Morrill moment' for Higher Education Institutions in India (HEIs). The Morrill Land Grant Act are United States statutes that allowed for the creation of land grant colleges in the US using the proceeds of federal land sales. 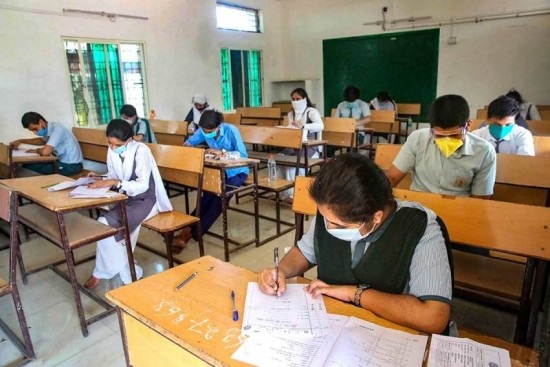 The new National Education Policy (NEP) has evoked mixed responses from academicians and experts with many of them referring to the reforms as "long due" and "groundbreaking" while others cautioning that "the devil lies in the details" and hoping the moves get translated into action on the ground.

Teaching up to class five in mother tongue or regional language, lowering the stakes of board exams, allowing foreign universities to set up campuses in India, a single regulator for higher
education institutions except for law and medical colleges and common entrance tests for universities are part of the sweeping reforms in the new National Education Policy (NEP) unveiled on Wednesday.

IIT Delhi Director Ramgopal Rao termed the new policy the "Morrill moment" for Higher Education Institutions in India (HEIs). The Morrill Land Grant Act are United States statutes that allowed for the creation of land grant colleges in the US using the proceeds of federal land sales.

"Creation of a National Research Fund with the involvement of all ministries will make our research impactful and visible to the society. This is the Morrill moment for HEIs in India," he said.

Mahadeo Jaiswal, the Director of IIM Sambalpur, said, that changing the "pedagogical structure from a 10+2 system to a 5+3+3+4 system is in line with international educational standards".

"Due to the small structure of our IIMs and IITs, despite having ample talent, they were unable to figure in the top 100 institutes of the world. Allowing technical institutes to become multi-
disciplinary will help IIMs and IITs to start other departments like medical etc and make their size bigger and allow them to admit more students."

Former Delhi University vice-chancellor Dinesh Singh, who bore the Centre's ire for the introduction of a four-year undergraduate programme (FYUP) which was later rolled back, said the policy
will create room for a healthy and synergistic blend between skill and knowledge.

"Some of the reforms outlined in the policy were long due. It allows a productive mix and match of different disciplines so that learning on discipline can provide ideas and connections with another discipline for a real-world outcome or application. The policy also creates a room for an energized pedagogy that can be very hands-on and project-oriented with emphasis on group activity and societal applications," Singh said.

According to Rekha Sethi, Director General, All India Management Association (AIMA), "The NEP will remove unnecessary complexity in delivery and regulation of higher education in the country and level the playing field for all students, irrespective of which college they go to -- private or government. The steps to promote digital learning are particularly important for a post-COVID world. E-courses in regional languages is a great idea."

Manoj K Arora, VC, BML Munjal University, said, "It is a progressive and forward-looking policy, and will change the landscape of higher education in the country."

"Universities need to be research intensive, enterprising and multi-disciplinary. Multiple exit and entry and the credit bank will give students a lot of flexibility in getting educated and
earning degrees while they are working. We are moving towards the concept of building your own degree," he said.

Jamia Millia Islamia vice-chancellor Najma Akhtar called the NEP "groundbreaking" and said higher education in India will now be holistic and multi-disciplinary with a shared focus on science,  arts and humanities.

"A single regulator for all higher educational institutions is a great idea as it will bring coherence of approach and purpose. It will realise the vision of education in India," she added.

However, a few experts cautioned that the "devil lies in details" and called for a focused approach in translating the policy into action on the ground.

"The policy has advocated major reforms in education, but as always, the devil lies in the details, and we will see how to get the NEP 2020 translated to action on the ground, true to the spirit of the reforms envisaged to empower the students in the country, to discover and fully develop their unique potentials," said Rupamanjari Ghosh, Vice-Chancellor of Shiv Nadar University.

Vishnu Karthik, Director, The Heritage Schools, said, "The policy acknowledges the need to embrace output focused reform rather than input focused reforms. While the devil is in the details, the new NEP has touched upon some key levers which will have high impact on student learning levels. The decision to reduce the curriculum into core will provide significant opportunity to focus on critical skills and capacities and would be gateway reform on curriculum and assessments".

"We believe the government is running away from its responsibility of funding educational institutions. Also, this will result in fees for the students becoming exorbitant."

"This will be linked to differential grant dispersal and the reduction in the grants will shift the financial burden to the students, thus increasing the cost of education," he said.