Locust Attack: This Was Just Residue, Worst Is Yet To Come, Say Govt Authorities

Globally, 30 countries face threats from locusts and the FAO has grouped these countries into three regional commissions -- Western, Central and Eastern Region -- for better mutual cooperation and coordination. 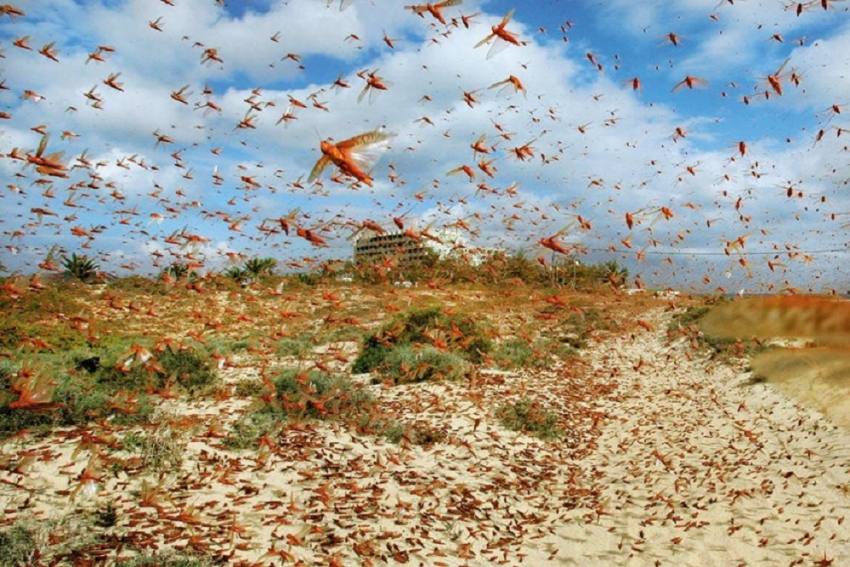 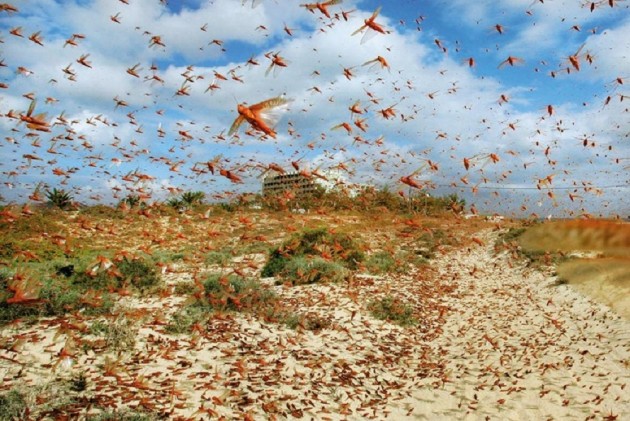 The ongoing locust invasion in parts of Rajasthan, Gujarat, Madhya Pradesh, Chhattisgarh, Maharashtra and Uttar Pradesh is a potential precursor to bigger and deadlier attacks, which will likely take place towards the end of June and July.

According to Food and Agriculture Organization (FAO) of the United Nations, India will face locust attacks from two sides – from the Arabian Sea through the coast of Gujarat and from Pakistan through bordering areas like Barmer, Jaisalmer, Nagore, Bikaner etc of Rajasthan.

“The locust population will be far bigger in number than what it is today. The FAO has alerted us and we are enhancing our capacity to restrain them in Rajasthan and Gujarat,” KL Gujjar, deputy director, Plant Protection, Quarantine and Storage (PPQS), said. PPQS comes under the Ministry of Agriculture and Farmers Welfare and it has various sub-offices across the country.

“However, if they get favourable support from wind speed and direction, they can wreak unimaginable havoc on our crops,” Gujjar said, adding that the locusts can fly up to Bihar and even West Bengal as they can cover 150 km in a day.

Globally, 30 countries face threats from locusts and the FAO has grouped these countries into three regional commissions -- Western, Central and Eastern Region -- for better mutual cooperation and coordination.

Afghanistan, India, Iran and Pakistan are part of Eastern Region Commission known as the FAO Commission for Controlling the Desert Locust in South-West Asia (SWAC).

“Keith Cressman, who is the Senior Locust Forecasting Officer at FAO's headquarter in Rome, also acts as the Executive Secretary of these commissions. He gets the presence of the locusts in real-time through satellite and based on that, he provides update and alerts to the respective countries,” Gujjar said.

He added, “According to the update from Mr Cressman, locusts from East Africa will come through Arabian Sea on Gujarat coast by June end. The second attack will come from Iran and Baluchistan, almost at the same time. So, till the end of June and July, we are expecting multiple attacks, much bigger in numbers than what we have seen of late.”

Experts believe that the current locust invasion was part of the residue population that survived after February 17, 2020 in the deserts of Pakistan and Iran. After 1993, for the first time on May 22, 2019, large swarms of locusts invaded bordering areas of Pakistan. Locust controlling units thought that they could finish them by the end of October, 2019 but the invasion continued till early February 2020.

Normally, Locusts invade India during June and July. However, this was unexpectedly too early for the locust control agencies in India to prepare.

“In early April, the adolescents, who couldn’t fly, crossed the border from under the fence and started eating the crops. We got alerts from farmers and eliminated them,” Gujjar said.

Then those who grew older and could fly invaded from the border in large numbers. Locust controlling agencies say that they could have restrained the locusts from entering deep into the country but the wind speed and direction were favourable to them. Fortunately, in the past few days, the wind direction has reversed and this has stopped their eastward movement.

“You can imagine that if the residue population has travelled so deep into the country with favourable conditions, what can a full-fledged attack from two sides do?” Gujjar added.

Real Vs Virtual: Is COVID-19 Changing The Idea Of Who We Are?