'Lockdown Should Have Flattened The Coronavirus Curve, But It Hasn't': Ex-Health Secretary K Sujatha Rao 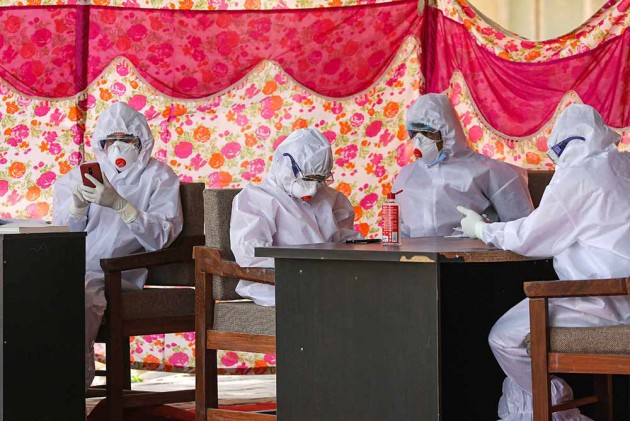 Former secretary of the ministry of health and family welfare and former director-general of the National AIDS Control Organisation, K Sujatha Rao, speaks with Outlook's Rajat Mishra about India’s response to the COVID-19 pandemic and the country’s current protocol for testing. Excerpts:

Till April 4, 79,950 tests were done in India, which is lower than other countries on a per-capita-ratio basis? Also, data says that capacity utilisation of Indian Council of Medical Research (ICMR) labs is just 38 per cent? What is stopping Indian govt from carrying large-scale testing?

Yes, the testing is too low and restrictive. Cautious policy of limited testing, maybe guided by cost considerations, was perhaps not a wise decision. We need to scale it up tenfold. I think there are several reasons for the delay in scaling up testing like accreditation of labs, approval of test kits and so on.

'COVID-19 Lockdown Is Not Same As Past Shutdowns': Kashmiri Doctors Tell People 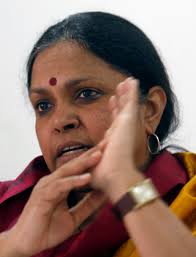 Whether you call it local or community transmission, it does not matter. The issue is we don’t really know the exact number as we haven’t done enough testing. Unless we have adequate testing data we cannot really have an idea about the trajectory of the epidemic. The TJ was the super spreader as patient 31 was in Korea. But TJ accounts only for 25 per cent of cases; what about the remaining 75%? More than the TJ members, the failure of the surveillance system for not having understood the potential danger that large congregations pose raises questions. So not just the congregation, it is the system failure and it is from these failures that we learn lessons. Humility is needed while assessing this case and not losing the learning opportunity by shifting the blame onto non-consequential factors and lapsing back to comfort zones.

You recently said that the actual impact of lockdown will be realised after April 5. If we go by the government data, how do you read these numbers and what is your concern?

I am worried. I hope we don’t lose control over the epidemic. I did think that India had done a decent job of following the government’s call for a lockdown. I also thought that the states had done a decent job of contact tracing. Looking at government data, I believed that it was contained and not spread into the community. So, a ‘contained’ situation bolstered further by a nationwide lockdown should have shown a flattening of the curve. But it hasn’t and that is worrying. While I don’t think the fatalities may be high, but caseload will stretch the health system beyond its capacity.

Another concern being raised is that the numbers do not reflect the truth. What is your opinion?

Yes, there is widespread concern about the numbers, particularly when compared to other countries. This concern arises when we see our abysmal testing rate. We haven’t tested enough and so no one can really say anything as we don’t have evidence. Another marker besides testing is the number of people coming to clinics with ILI (influenza-like illnesses). I am not sure whether we are tracking that either as in many places OPDs have been shut down. Also, because of stigma and fear, people with those symptoms may not be coming out as they may be afraid of being shunted into some sort of quarantine for 14 days. So, there is no clarity as to what is going on.

There is also concern that nationwide lockdown will render many poor people jobless and may also lead to deaths due to hunger. In your opinion what is the way out for the government?

Without ramping up testing and information campaign for shoring up community support, I think the lockdown cannot be very productive. That said, the nature of this disease is such that it is highly infectious and the only known way of disrupting transmission is to isolate oneself. So, it is this science that provides the logic for lockdowns. I don’t have access to data but I can imagine that there would be places/districts/areas that must have shown high infectivity. So the probability of the infection circulating there being high, it makes sense to lock them down. But then, we must prepare for such a lockdown by ensuring access to essentials. Second prerequisite is massive information campaign about physical distancing. That, I am afraid, is not being done and followed.

How do you see the situation unfolding in the coming weeks?

I can’t say much as many variables need to be factored in. It would be great, at a policy level, to increase health budget, focus on public health, encourage civil society and community participation in assuring health security, bring in the much needed institutional reforms to strengthen public health, and, on the personal front, adopt safe healthy behaviour like the use of masks, washing hands, respecting and valuing other people’s contributions, and inculcate within ourselves the values of empathy and solidarity.