Home  »  Website  »  National  »  LJP Goes Solo In Bihar Polls, But Will Chirag Paswan Prove To Be The New Mausam Vaigyanik?

LJP Goes Solo In Bihar Polls, But Will Chirag Paswan Prove To Be The New Mausam Vaigyanik?

In recent times, Chirag has been extremely critical of Nitish Kumar. And the latest Chirag’s move makes it clear that his party will field its candidates against the JD-U but not the BJP. 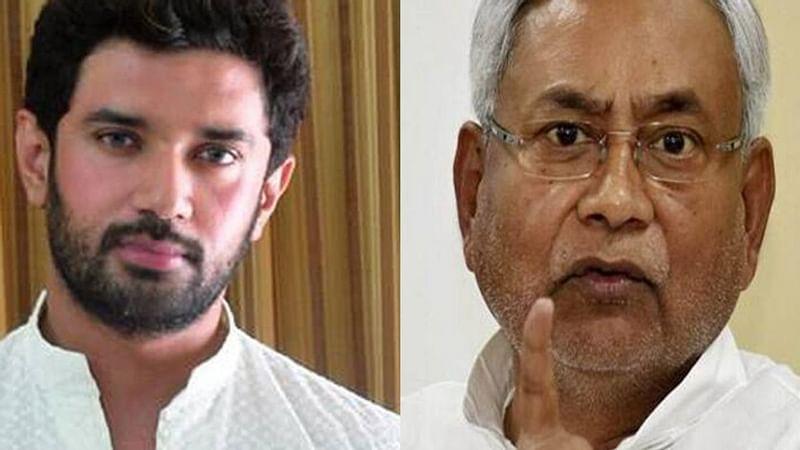 In a major twist in the NDA script written to ensure its return to power in Bihar, the Lok Janshakti Party of Union minister Ram Vilas Paswan has decided to go it alone in the assembly polls, but is hopeful of forming a government ‘under the strong leadership of the Bharatiya Janata Party” in the state.

Stating ‘ideological differences’ with Chief Minister Nitish Kumar’s Janata Dal-United at the state level, the LJP resolved to fight the contest the elections on its own after its parliamentary board meeting in Delhi. “There could be an ideological fight with the JD-U on many seats so the electorate can decide on which candidate is better in the interest of Bihar,” a party statement issued after the meeting says. “The LJP wanted to implement its vision document, “Bihar First, Bihari First” in the state but we could not reach any consensus in the alliance on time.”

Interestingly, LJP has sought to emphasise that there is no bitterness in its ties with the BJP. “There is a strong alliance with the BJP in the Lok Sabha and we wanted to contest Bihar polls together in the same alliance. There is no bitterness between BJP and LJP. After the election results, all the winning candidates of the party will help form the BJP-LJP government on the lines of Prime minister Narendra Modi’s development roadmap in Bihar. All the LJP MLAs will work towards making Bihar First under the leadership of BJP,” the LJP says.

The LJP parliamentary board’s decision brings the curtains down on days of prolonged speculations on whether the party will stay in the NDA or contest the polls separately. Party The party was said to be seeking 43 seats but it was reportedly being offered only 25 seats under the alliance.

Earlier, it had announced that it was preparing to contest from 143 seats. After a series of meetings with BJP’s senior leaders, including Union Home minister Amit Shah and party’s national president J. P. Nadda, failed to yield any positive results, party president Chirag Paswan chose to walk out of the alliance, at least for the ensuing Bihar elections.

In recent times, Chirag has been extremely critical of Nitish Kumar. And the latest Chirag’s move makes it clear that his party will field its candidates against the JD-U but not the BJP. The LJP is apparently looking for a post-poll scenario where it can form a government under the BJP’s leadership minus Nitish Kumar.

Chirag’s father, Union minister Ram Vilas Paswan who is not keeping well for the past few weeks, has been known to be a mausam vaigyanik (electoral bellwether), because of his uncanny ability to switch over to the winning sides just ahead of the polls. He had quit the NDA after the 2002 Gujarat riots, joined the UPA and became a Union minister. In 2014, he returned to NDA and has since remained a minister in the Modi government.

In Bihar, however, the LJP has not has much success over the years, except for a brief period after the February 2005 assembly polls when it had emerged as a kingmaker but could not capitalise on it. The party now hopes to strikes a comeback in this election under its young president Chirag. But the biggest question on everybody’s mind now is if Chirag will prove to be the proverbial chip off the old block: an electoral bellwether like his father, who knows which way the wind blows before the polls?

Delhi Metro: Construction Of Unfinished Stretch On Pink Line Delayed Due To Covid