Badal was the CM when incidents of the desecration of religious text and police firing at people protesting against it took place in Faridkot in 2015. 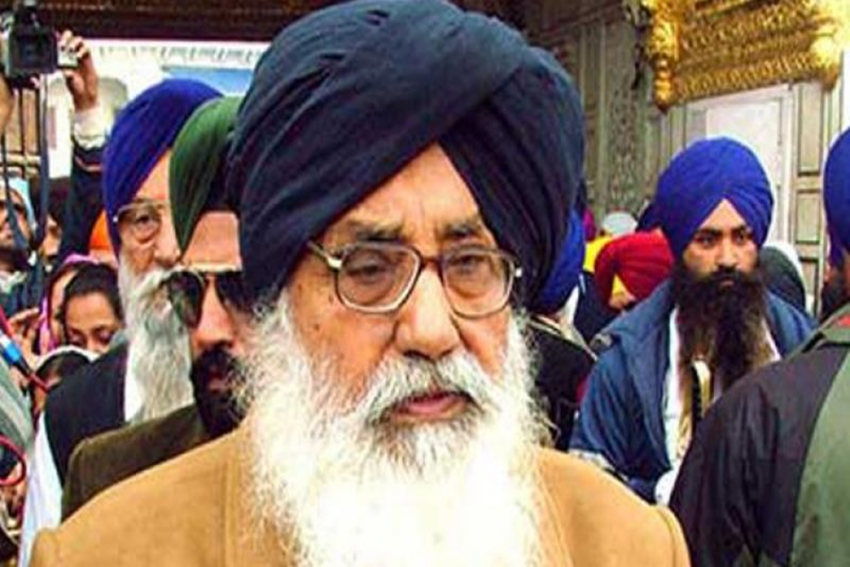 Earlier, the Punjab Police SIT had summoned the Akali Dal stalwart for investigation in Mohali on June 16.

But Badal sought from the SIT to change the date of his appearance, saying he is not keeping good health.

Later, the SIT rescheduled the date for his appearance.

“Five-time Punjab CM Sardar Parkash Singh Badal will appear before the SIT at his official MLA flat at Sector 4 in Chandigarh at 10.30 am on June 22. Still not in good health, Badal, however, is keen to fulfil his legal and constitutional duties as a law-abiding citizen of the country,” tweeted Harcharan Bains, principal adviser to Shiromani Akali Dal president Sukhbir Badal.

Badal was the CM when incidents of the desecration of religious text and police firing at people protesting against it took place in Faridkot in 2015.

The Punjab government had formed the new SIT led by Additional Director General of Police L K Yadav to probe the Kotkapura police firing incident following the directions of the Punjab and Haryana High Court.

The new SIT is investigating the two FIRs registered on October 14, 2015 and August 7, 2018 in connection with the Kotkapura incident.

The High Court had on April 9 this year quashed a report by an earlier Punjab Police SIT.

The court had then directed the state government to set up a new SIT without Kunwar Vijay Pratap Singh, an Indian Police Service officer who was part of the earlier team. Singh took voluntary retirement after the court order.

Police had also opened fire at a similar demonstration in Behbal Kalan, also in Faridkot, where two people were killed.

A separate probe is underway in that case.

The previous SIT had questioned Parkash Singh Badal in 2018. At that time, Badal had said that the SIT was “politically motivated” to defame him.

The new SIT has already questioned former DGP Sumedh Saini and some other police officers.