Kerala Plane Crash: Who Entered The Cockpit Wreckage Soon After The Accident?

Around three hours after the Air India Express flight skidded off the runway at the Calicut airport, a few unidentified CISF personnel entered the cockpit wreckage and took away some documents which, experts feel, might contain crucial information about the reason behind the accident. 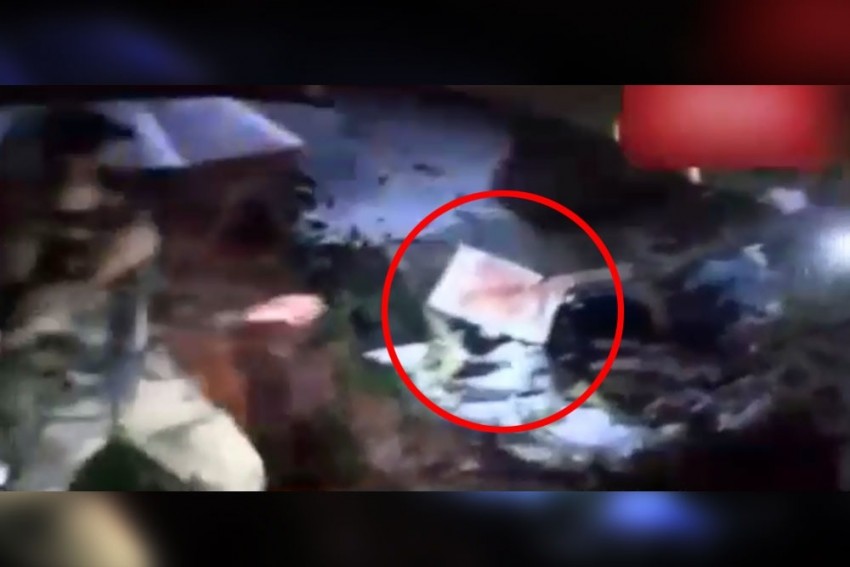 A grab from a video in which a CISF personnel is seen picking up an envelope from the cockpit wreckage and handing it (encircled in red) over to his colleague. This has been submitted to the local police with a complaint alleging tampering of evidence.
Jeevan Prakash Sharma 2020-08-24T15:54:20+05:30 Kerala Plane Crash: Who Entered The Cockpit Wreckage Soon After The Accident? 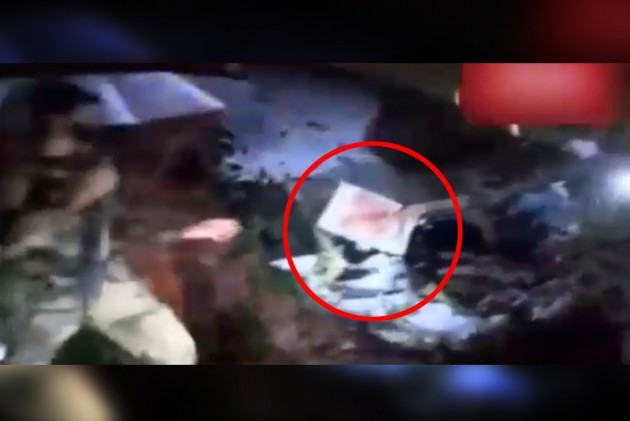 Around three hours after the Air India Express Flight 1344 skidded off the runway and fell into a gorge at the Calicut airport in Kerala, some unidentified people and CISF personnel scanned through the cockpit wreckage and searched for some documents. One of them picked up a packet and handed it over to his colleague.

Interestingly, all these developments were reported on television channels during the live broadcast of the accident but reporters misunderstood these actions as rescue operations.

This gross violation of investigation norms came to light after aviation expert Amit Singh noticed this incident in the recordings while analysing them thoroughly.

“I asked for the raw footage from the television channels and what I observed was really disturbing,” Singh said.

“In one clipping shot by a regional television channel, a person is desperately looking for something by putting his one hand into a cavity in the cockpit and holding a torch in his other hand,” Singh said.

He added, “Another footage shot by a different channel shows that one of the CISF personnel is looking for something with a torch in his one hand. Then he handed over something that looked like an envelope to another personnel.”

Singh said that television reporters broadcasted these visuals during their live commentary, saying that CISF personnel were looking for some important data.

“I wrote a formal mail attaching all the shreds of evidence to the Civil Aviation Ministry. I thought that they might constitute an enquiry to find out the facts but I got a response that nothing unusual had happened,” Singh said.

So what is the violation?

Singh and other experts say that once both the pilots’ bodies were extricated from the cockpit, it should have been fully secured from any outside intrusion till the time officers of Aircraft Accident Investigation Bureau (AAIB) arrived.

The AAIB norms say that any part of the aircraft or its content will not be removed or interfered with unless it is required for certain purposes such as extricating persons etc.

“Cockpit was already evacuated and one can see fire engines in the background. The footage has time stamps on it which clearly suggest that it happened about three hours after the accident,” Singh said.

Advocate Yeshwanth Shenoy, who has filed a PIL in Kerala High Court for a judicial investigation of the crash, has lodged a complaint in the local police station against tampering and destruction of evidence.

“According to Rule 7 (2) of the Aircraft (Investigation of Accidents and Incidents) Rules, 2017, No person shall remove the aircraft or contents without the authority of the DG, AAIB. However, on the night of the accident it has been captured on camera that two people (one inside the cockpit and one outside) were removing a set of documents from the cockpit,” his complaint read.

Shenoy said that it was the duty of the airport's authorities to secure each and every damaged part of the aircraft till the time AAIB team arrived.

“The government said that they secured the area within five minutes of the accident but these video clippings expose their lies,” Shenoy said.

What evidence could have been the tampered with?

These facts have perturbed aviation experts. Mohan Ranganathan, ex-pilot and a safety expert, said that these documents are crucial to the investigation.

“If an aircraft has excess fuel, the landing weight will be more and so the landing speed will be higher,” he added.

Another safety expert, SS Panesar said, “Besides fuel, how the luggage has been kept in the cargo hold of the aircraft is also very important. It should be put in such a way that the centre of gravity should be maintained. More weight at the front or in the end part creates a problem during landing and takeoff,” Panesar said.

He added, “All such information is with the pilot in the form of documents. Though investigators can get the information from the corresponding stakeholders, if these documents from the cockpit go missing, how will they cross-check these facts?”

Advocate Shenoy in his police complaint wrote that those papers from the cockpit are crucial to the investigation as they would contain the maintenance log, trip details and pilot report that would shed light on critical aspects of the various components involved in aircraft operations and issues that could result in a crash.

“The intention of the persons behind this is to destroy any evidence that would indicate their role in this heinous crime. The AAI and AI did this after Mangalore air crash and they are aware of the technicalities and they know how to tamper/destroy evidence,” his complaint alleged.