The CM's sharp reaction came a day after the business giant had signed the concession agreements with the Airport Authority of India (AAI) at Delhi for the management. 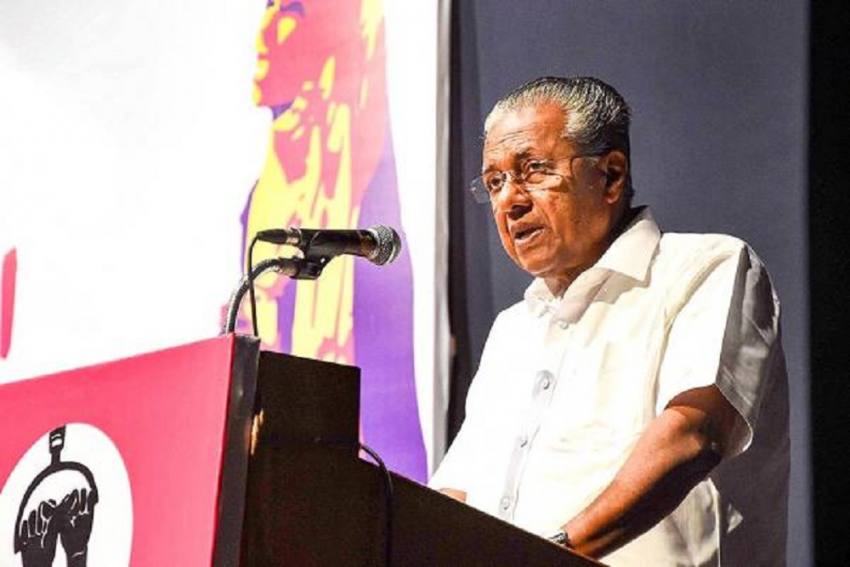 Criticising the takeover of the international airport in Kerala by the Adani group, Chief Minister Pinarayi Vijayan on Wednesday said it was not for the development of the facility but to protect the interest of monopolies.

The CM's sharp reaction came a day after the business giant had signed the concession agreements with the Airport Authority of India (AAI) at Delhi for the management, operations and development of the Thiruvananthapuram, Guwahati and Jaipur airports.

The Centre had violated its assurance given to the state government in this regard, he said during the question hour.

The move comes at a time when an appeal regarding the transfer of the airport was pending before the apex court, Vijayan told the state Assembly.

Airport employees also staged a protest in front of the office of the Director here on Tuesday against the takeover.

"The management of the airport is handing over to a group who have no prior experience in it. The union government's stand is to create a special monopoly in this sector according to their interest," he said.

It was sure that this privatisation was not going to help the development of the airport and so the Centre should step back from its move, he said.

He also urged the union government to hand over the management and operation of the Thiruvananthapuram airport to the state government which had already proved its expertise in the same.

Besides Thiruvananthapuram, Guwahati, Jaipur airports, the Centre had in February 2019 privatised the Lucknow, Ahmedabad and Mangaluru airports.

Vijayan had written to Prime Minister Narendra Modi asking the Centre to reconsider its decision.

As the state government had rendered assistance to the airport wholeheartedly, including providing land on various stages, the Kerala government had the rightful claim on the management and operation of Trivandrum International Airport, Vijayan had stated in the letter.

The state government through its SPV, which participated in the bidding process, had expressed the willingness to match the highest bidder.

The employees, who had staged a protest here, said their Special Leave Petition is pending in the Supreme court and wanted to know the reason for the hurry in signing the agreement by the AAI.

Maratha Quota: SC To Decide On Plea Schedule On February 5