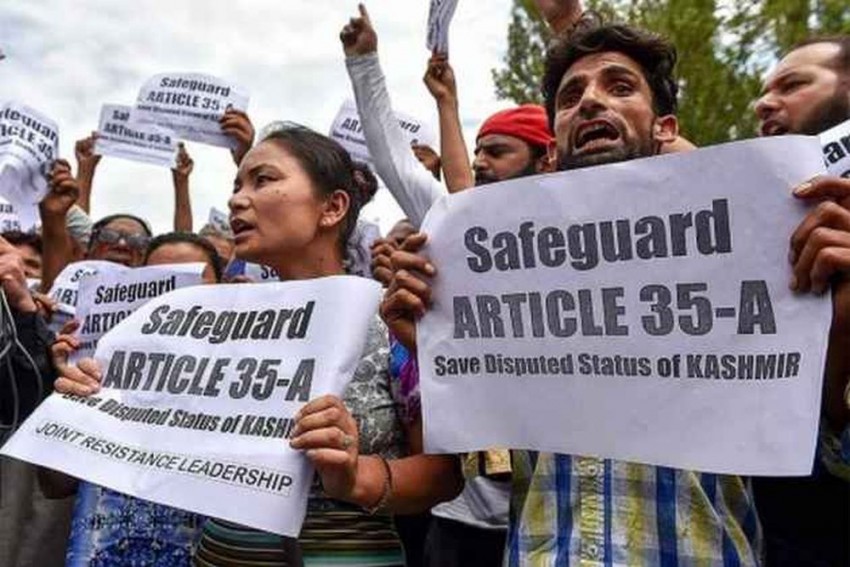 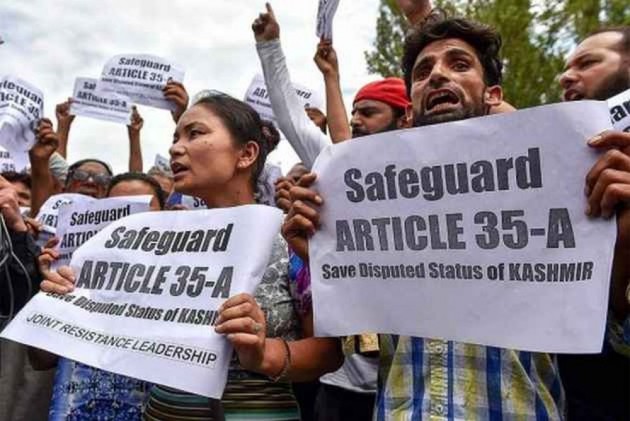 Peoples Conference Chairman Sajad Gani Lone said that Governor’s or President’s rule is a temporary measure to carry on the day-to-day routine functions of the state government and not meant to take any major policy decisions.

The Peoples Democratic Party cautioned the central government over fiddling with the state’s special status, saying that protection of Article 35A is a matter of life and death for the people of the state.

“The Governor is not expected to take major policy decisions, which is the prerogative of an elected Government alone. In no way, the Governor or the President can or should tinker with the Constitutional provisions, which permanently affects the constitutional relationship of the State of J&K with the Union,” Peoples Conference leader Sajad Lone said.

Governor Satya Pal Malik recently recommended application of not only the Constitution 103rd Amendment Act, 2019 (for 10 percent reservation in educational institutions and jobs for economically weaker sections of society) to the State of J&K, but also recommended for application of the Constitution 77th Amendment Act, 1995 (for giving benefit of promotion in service to the Scheduled Castes and the Scheduled Tribe). On the recommendations of the Governor, the President issued Constitution Application Orders a couple of days ago.

Sajad said that tinkering with the constitutional provisions applicable to the State by the Governor’s administration is a dangerous trend, which will have serious repercussions so far as constitutional relationship of the State with the Union is concerned.

The PDP , led by Mehbooba Mufti, condemned the fresh “wave of arrests in Kashmir Valley, questioning the government strategy to turn the already disturbed situation “more chaotic and violent”.

In a statement, PDP said that “uncalled for, unjustified and undemocratic means” are being adopted in Kashmir by the government with a sole motive to “silence the peoples’ voice”.

The PDP spokesman added that a “reign of terror is being unleashed” with people as old as 80 years being bundled into jails by the Governor’s administration without any reason.

The party condemned the nocturnal raids launched on Friday night in different parts of the valley and said the “terror” was “reminiscent of Ikhwan period” being unleashed upon the people.   “It is nothing but a clear war hysteria being created in Kashmir wherein things were subtly returning to equanimity.  People are being unnecessarily harassed and intimated with fear being manufactured across Kashmir.  We condemn such a state action and demand immediate rollback of such muscular policies,” the spokesman added.

The spokesperson also cautioned the central government over fiddling with the state’s special status, saying that protection of Article 35-A is a matter of life and death for the people of the state and they can render immense sacrifices for the protection of their unique identity.

Article 35-A, which was incorporated in the Constitution by a 1954 Presidential Order, accords special rights and privileges to the citizens of Jammu and Kashmir and denies property rights to women who marry those from outside the state.

He said that instead of a confrontational approach, the central government should understand the gravity of the situation and take reconciliatory measures which are not only beneficent for the people of Kashmir alone but for entire South Asia.

We Are Indians, Caste And Religion Does Not Exist For Us, Says CRPF