Black fungus or mucormycosis is a fungal infection that affects the nose, eyes and sinuses. Lately, the disease has been rapidly spreading among Covid-19 patients 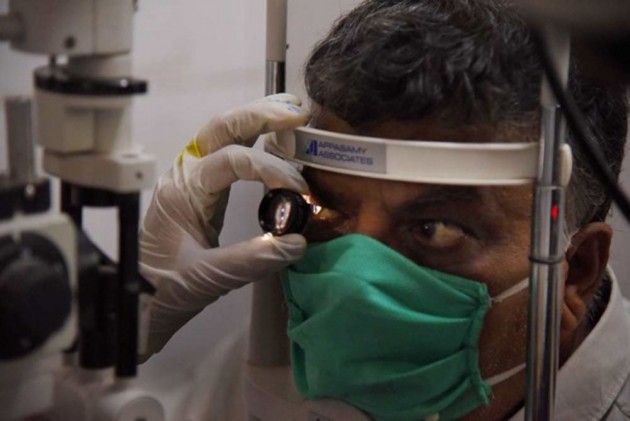 Amid the second Covid wave ebbing across the country, many states have reported a rise in the number of mucormycosis or black fungus infections, with Karnataka and Haryana recording about 700 and 400 cases, respectively.

Mucormycosis, is a fungal infection caused by fungus Mucor. People can get infected by coming in contact with black fungus spores present in the environment.

According to an official advisory, the infection can also develop in the skin after the fungus enters the skin through a cut, abrasion, burn, or other types of skin trauma.

Explained: How To Prevent Black Fungus Infection In Covid-19 Patients?

While black fungus cases were reported in the country, prior to the Covid-19 pandemic, they were rare. The number of infections has suddenly spiked since the onset of the second Covid wave, with many people getting infected post Covid treatment.

The Karnataka government on Sunday issued an order permitting all state-run medical college hospitals and district hospitals to provide suitable treatment for Mucormycosis amid the state witnessing a massive surge.

Further, taluk hospitals with appropriate facilities and capacity have also been asked to take necessary measures to provide treatment.

Meanwhile, state's Deputy Chief Minister C N Ashwath Narayan said Karnataka has recorded about 700 cases of black fungus infections in the last week, as he directed experts to find its sources, with doubts being expressed about oxygen supply, quality of piping and cylinders used for it

Considering the rapid surge in black fungus infections in the state, DCM Narayan, who is also the head of the state's COVID task force, directed the treatment protocol committee to track its source.

The country used to record about 100 cases of black fungus a year earlier but the state has recorded about 700 cases in the last week, this surge has been the cause of anxiety, Narayan was quoted as saying in an official press release.

The factor of worry is, black fungus cases are not spotted in other COVID hit countries, but they are occurring only in India. So, concern was expressed in the meeting to start tracking the source of the disease, he explained.

He said the state government has made a requisition of 12,000 injections of Amphotericin-B, used in treating black fungus, from the central government.

The health minister said there are 1,250 vials of Amphotericin-B injection available for the treatment of patients presently.

He said 421 cases of black fungus have been reported in the state so far and are being given treatment in various hospitals of the state.

The highest 149 cases of black fungus are from Gurgaon, a statement quoting him said.

Vij said 20 beds each have been reserved for treating the disease in all the medical colleges of the state, where patients from all the districts are being referred.

Black fungus was declared a notified disease in the state last week. The doctors will now have to report such cases to the chief medical officer (CMO) concerned.