Governor Lalji Tandon, in his letter yesterday, said failure to hold a floor test today will mean the chief minister does not enjoy a majority in the house. 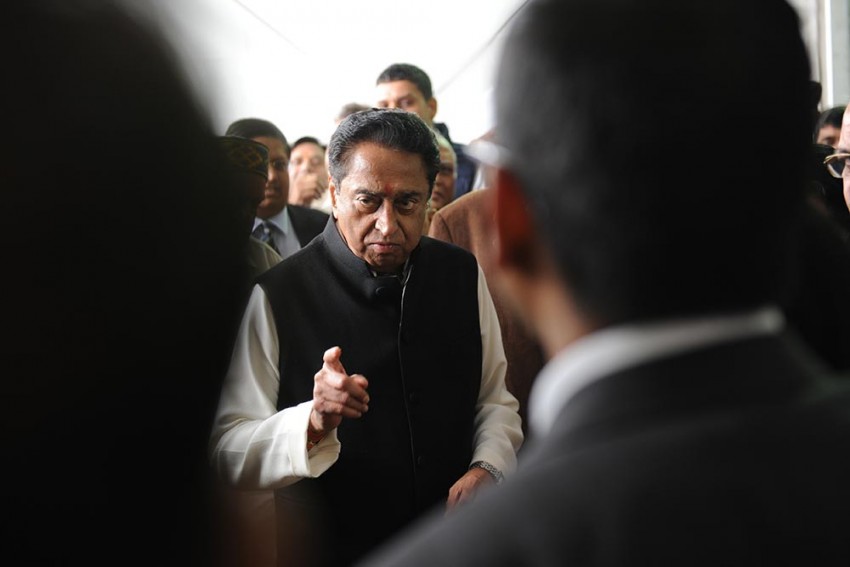 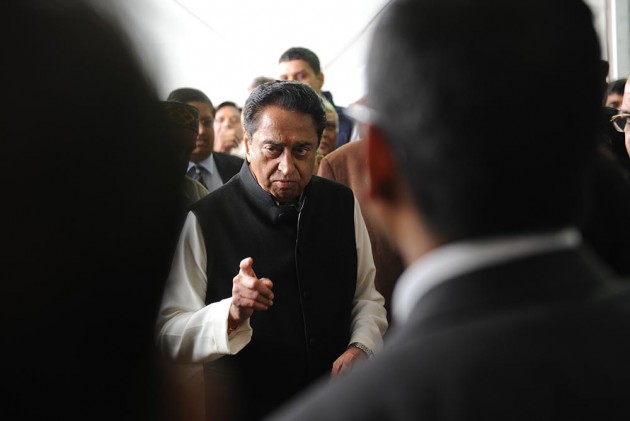 Nath also dared the opposition party to table a no-confidence motion against his 15-month-old Congress government if they wanted to test its strength in the house.

The Chief Minister went to meet the governor after the latter shot off a letter earlier in the day, directing him to hold a floor test on Tuesday, the second day of the budget session which began on Monday.

Tandon, in his letter, said failure to hold a floor test will mean the chief minister does not enjoy a majority in the house.

"I met the governor and thanked him for his address on the opening day of the budget session. We are in a majority today so no question of a floor test.

"Those who claim that we don't have a majority should move a no-confidence motion against my government to get the floor test done," Nath told reporters outside Raj Bhavan.

Nath's meeting with the governor at Raj Bhavan lasted for over half-an-hour.

"I also discussed current political situation with him, Nath said.

"They brought it (no trust notice) today and presented it before the Speaker. We will prove out majority, Nath said.

However, senior BJP leader and legislator Narottam Mishra denied submitting any notice to the speaker for moving a no-confidence motion against the Congress government.

Nath once again alleged that 16 Congress rebel MLAs have been held "captive" by the BJP, a charge repeatedly rejected by the opposition party.

I told the governor that as per constitutional provisions, rules and procedures, we are ready for everything.

Besides, they should also bring back those 16 captive MLAs (who are in Bengaluru) and grant them freedom, he said.

Whatever people say, but we have a majority today and we will prove it also, Nath added.

The 15-month-old Nath government's stability has come under doubt due to resignation by 22 rebel Congress MLAs.

Prior to meeting the governor, the Chief Minister took part in a meeting of the Congress Legislature Party (CLP) at his residence here.

After the CLP meeting, Finance Minister Tarun Bhanot also said the Congress government is in majority.