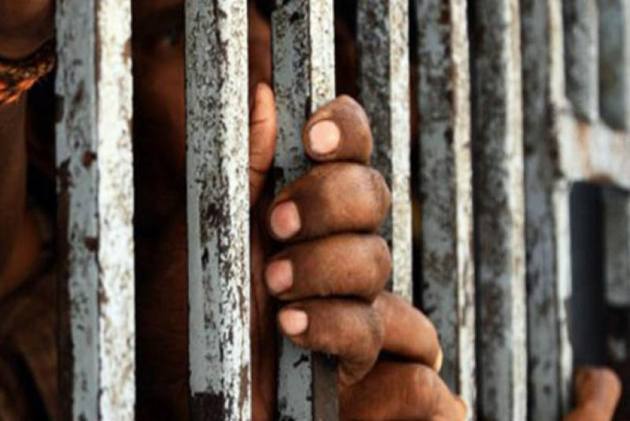 A high-powered committee headed by a high court judge today ordered the release of jail inmates except those involved in serious crimes to decongest prisons in J&K, a government spokesman said.

The committee at the same time has ordered discontinuation of all the visits of outside visitors, including NGOs to jail inmates. The committee has said the families of the jail inmates can only meet prisoners virtually on phones.

Last year, after a high-powered panel was formed by the Supreme Court to depopulate prisons in view of the Covid-19 pandemic, the Jammu and Kashmir prison authorities had released 20 inmates on special parole. At present, there are 4,572 inmates lodged in 13 jails, including 635 lodged in Central Jail, Srinagar. On Monday, 92 inmates have tested positive for Covid-19 in two prisons in Udhampur and Kupwara district jails after a special Rapid Antigen Test (RAT). With this, the number of active cases among inmates has reached 115.

Jammu And Kashmir Runs Out Of Covid Vaccines

“The meeting was held under the chairmanship of Justice Ali Mohammad Magrey, who is also executive chairman of J&K legal services authority, for implementation of directions of the Supreme Court of India with regard to the containment of coronavirus in J&K prisons,” the government spokesman said. He said the meeting was attended by the principal secretary home department, DGP prisons and others.

“The members of the committee discussed and deliberated upon the proposed category of prisoners, who may be considered for grant of interim bail for 90 days in view of the present circumstances,” the spokesman said. “The committee decided to release all the jail inmates who were earlier released on parole or on interim bail for 90 days as per the directions of the Supreme Court in March 2020,” the spokesman said. “Justice Magrey directed the member secretary, J&K Legal Services Authority to coordinate with the other two members of the Committee to find out the category of convicts, under trial prisoners who can also be released pursuant to the directions of the Supreme Court. Such an exercise shall be completed within a week and the report be placed before the Committee,” the government spokesman said.

“Justice Magrey directed the DGP (Prisons) to coordinate with the health department to ensure vaccination of jail inmates as well as staff on priority. Besides this, the committee directed the jail authorities to take appropriate steps by ensuring that the inmates and the staff wear masks and maintain social distancing and by keeping the frequently visited areas like kitchen, bathrooms etc. hygienic to prevent the spread of Covid-19,” the government spokesman added.

“The committee also suggested for the creation of additional accommodation or temporary accommodation within or outside jail complexes for ensuring strict adherence to Standard Operating Protocols (SOPs) of Covid-19 issued by the medical experts. The committee decided to accelerate to hold awareness campaigns among jail inmates regarding SOPs to prevent the spread of Covid-19 pandemic.”

“It also called for the measures like transportation of released inmates by providing them proper transport facilities in view of corona curfew,” the spokesman added.