Guwahati, the planned venue for a summit between Abe and PM Modi, has been engulfed in violent protests over the CAB. 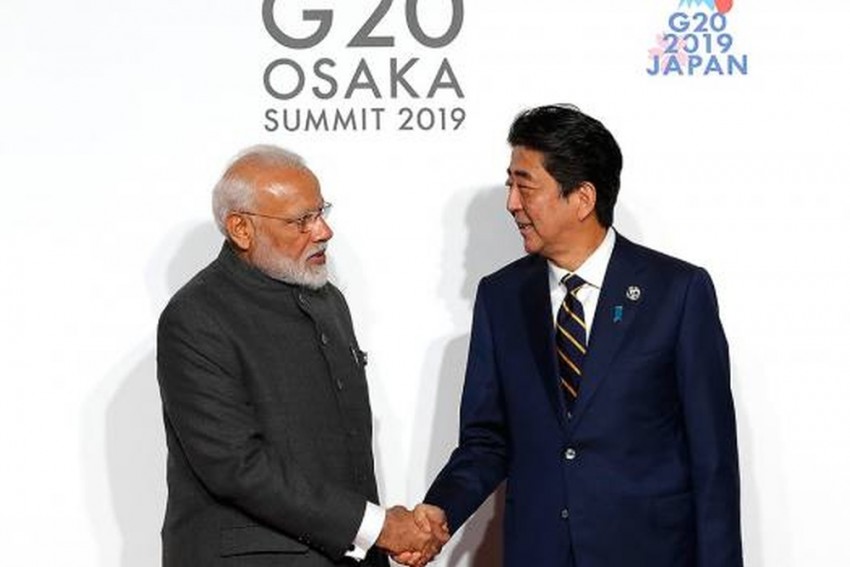 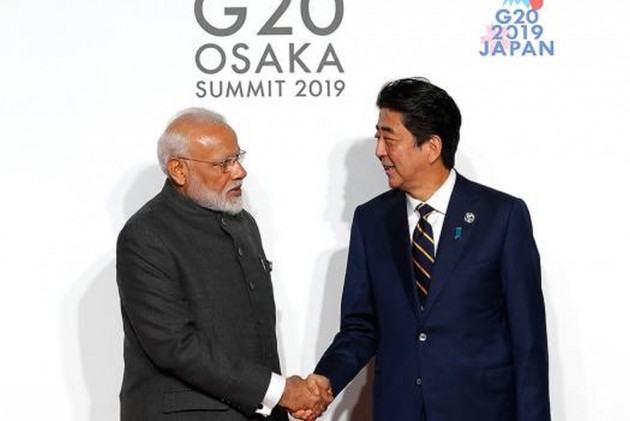 Japanese Prime Minister Shinzo Abe's visit to India for an annual summit with his Indian counterpart Narendra Modi in Guwahati was on Friday cancelled in the wake of violent protests over the amended citizenship law in the Northeastern region.

Both sides have decided to "defer" Abe's visit for the December 15-17 summit to a mutually convenient date, External Affairs Ministry Spokesperson Raveesh Kumar said without giving any reason for the decision.

The cancellation of the Japanese prime minister's trip came a day after Bangladeshi Foreign Minister A K Abdul Momen and Home Minister Asaduzzaman Khan called off their visits to India following enactment of the controversial law.

"With reference to the proposed visit of Japanese PM Abe to India, both sides have decided to defer the visit to a mutually convenient date in the near future," the MEA spokesperson said.

Guwahati has been the epicentre of violent protests over the newly amended law, which provides for granting citizenship to non-Muslim persecuted minorities from Bangladesh, Pakistan and Afghanistan.

The Citizenship (Amendment) Bill was passed by the Lok Sabha on Monday while the Rajya Sabha cleared it on Wednesday. It became law after President Ram Nath Kovind gave his assent on Thursday.

Diplomatic sources said the Japanese government clearly conveyed to New Delhi that it would not be possible for Abe to travel to Guwahati in view of large-scale protests in the northeastern region.

They said the summit is now expected to take place next year, adding cancellation of Abe's visit will not have any adverse impact on strategic ties between the two countries.

Asked whether an alternative venue was considered, sources said the option was not explored as hosting a leadership-level summit involves long preparations.

The MEA last week announced the dates for Abe's visit but did not mention the venue. However, preparations were in full swing in Guwahati for the high-profile summit.

At least two persons died due to bullet injuries on Thursday after police opened fire on protesters in Guwahati. On Wednesday, protesters pulled down hoardings erected in central Guwahati to welcome Abe.

There have been large-scale protests in Assam, Tripura, Meghalaya and parts of Arunachal Pradesh in the last two days with thousands of people hitting the streets and defying prohibitory orders to demand scrapping of the contentious law.

Sources said a Japanese team visited Guwahati on Wednesday to take stock of the preparations following which Tokyo clearly conveyed to the MEA that Abe's visit cannot go ahead under current circumstances.

The summit is held in India and Japan in turn. Last year, Japan hosted the summit in the picturesque Yamanashi prefecture during which both sides had resolved to significantly expand bilateral cooperation in a range of areas.

On Thursday, Bangladesh Foreign Minister Momen cancelled his three-day visit here, hours before his scheduled arrival. The visit was called off a day after he termed as "untrue" Home Minister Amit Shah's comments on the persecution of religious minorities in Bangladesh.