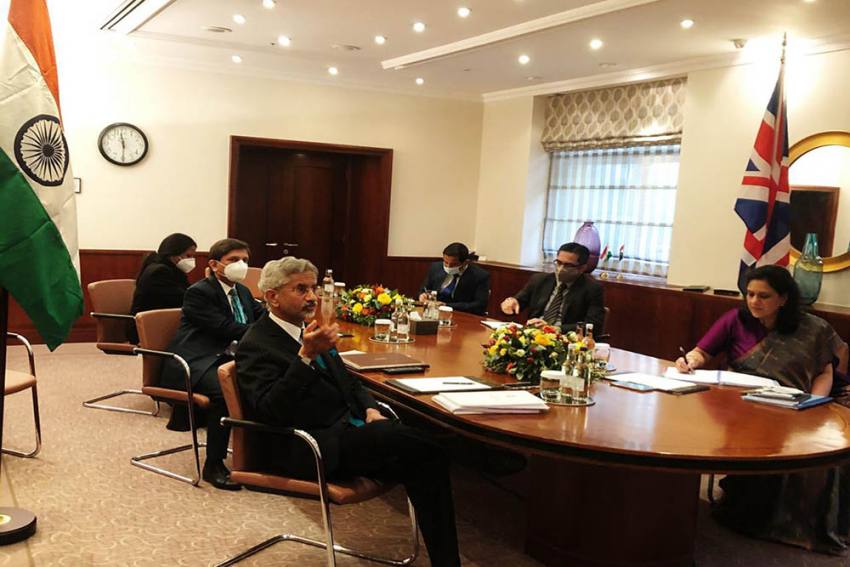 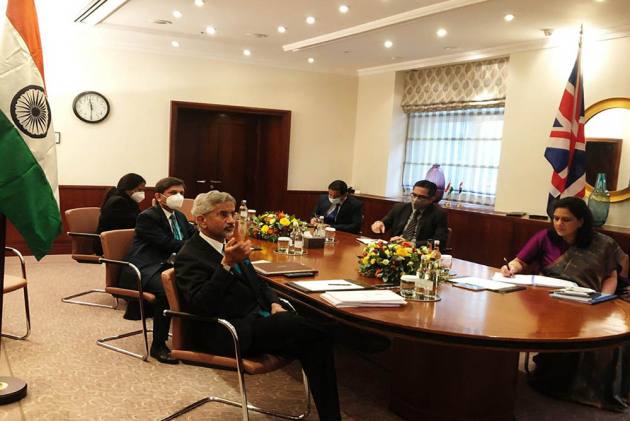 The two leaders also discussed the Covid-19 crisis and ways to unitedly tackle the virus.

Jaishankar had arrived in London on Monday for a four-day visit at the invitation of Raab to join the G7 Foreign and Development Ministers Meeting as one of the guest ministers. The meeting is related to the UK’s G7 Presidency goals ahead of the Leaders’ Summit in Cornwall in June, to which Prime Minister Modi has been invited.

However, on Wednesday reports emerged that a few members of the Indian delegation tested positive for Covid-19 following which Jaishankar announced his decision to join the G7 foreign ministers’ meet virtually.

His bilateral meet with Raab was also held virtually.

“Just concluded the bilateral Foreign Ministers’ Meeting with British counterpart Dominic Raab. Focussed on our responsibility for implementing the 2030 Roadmap. Confident that we will see early progress on many fronts,” Jaishankar tweeted following the meeting.

Just concluded the bilateral Foreign Ministers’ Meeting with British counterpart @DominicRaab. Focussed on our responsibility for implementing the 2030 Roadmap. Confident that we will see early progress on many fronts. pic.twitter.com/LvBxDNkDFn

“Also explored our strategic convergences across regions. Discussed the Indo-Pacific, global health challenges and UN cooperation in some detail,” he added.

The Foreign, Commonwealth and Development Office (FCDO) said the ministers welcomed the Comprehensive Strategic Partnership between the UK and India, and discussed how they could coordinate efforts to deliver deeper cooperation and collaboration between the two countries.

The senior Cabinet ministers also focussed on the importance of working together to tackle global challenges such as climate change, coronavirus and countering shared threats including malign cyber activity.

“The two ministers reflected on key achievements, such as the Enhanced Trade Partnership announced earlier this week, which removes market barriers and will help create new British and Indian jobs, including in strategic areas like science and technology,” an FCDO spokesperson said.

“Building on their discussions in New Delhi last December, the Ministers agreed to ensure delivery of the 2030 Roadmap for India-UK future relations, agreed by the Prime Minister (Boris Johnson) and Prime Minister (Narendra) Modi on 4 May, as the foundation of an elevated UK-India relationship,” the spokesperson said.

The duo also discussed priority areas for further progress, across trade, defence and security, climate, and health, and also welcomed the Migration and Mobility Partnership, announced this week, which they believe will strengthen the “living bridge” of people between the UK and India.

The FCDO spokesperson added: “On climate change both ministers agreed that it was important to build on the momentum growing among the international community ahead of COP26 in Glasgow.

They discussed regional issues including the UK’s successful application for ASEAN Dialogue Partner status, and how the two countries and ASEAN nations could work together to bring an end to the military coup in Myanmar.

“Finally, they discussed the need for deeper collaboration to tackle the Covid-19 pandemic and agreed on the need for swift and equitable access to vaccines around the world.”

The bilateral meeting follows a Virtual Summit between Johnson and Modi on Tuesday, when the two leaders agreed the ‘2030 Roadmap’ as part of an ETP with trade and investment deals worth around GBP 1 billion.

The ETP, signed between Commerce and Industry Minister Piyush Goyal and UK International Trade Secretary Liz Truss soon after, sets the goal for FTA talks to kick-start within months.