The group of officials is coordinating evacuation missions at Kabul airport. 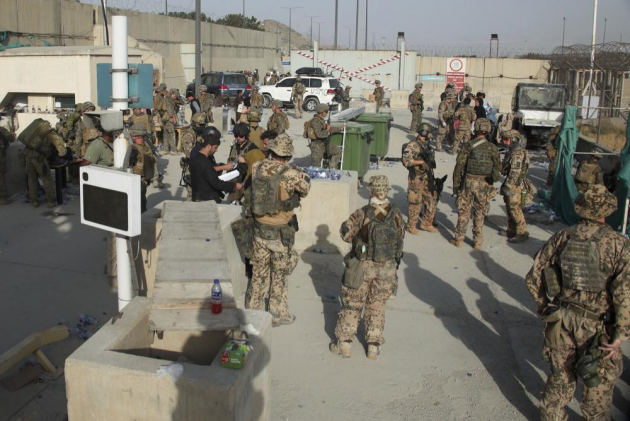 Amid the chaos at Kabul International Airport a group Indian officials is coordinating in Afghanistan’s evacuation mission.

The people familiar with the matter said the multi-agency group has been coordinating with the American officials handling security at the airport as well as other relevant authorities.

Within a week following the Taliban takeover in Afghanistan, India has evacuated 200 people, including the Indian envoy and other staffers of its embassy in Kabul, in two C-17 heavy-lift transport aircraft of the IAF by Tuesday.

It is not immediately clear when the multi-agency team was deployed at the Kabul airport.

On Monday last, the Ministry of External Affairs set up a special Afghanistan cell to coordinate repatriation of Indians and handle related matters.

Sources said the cell received more than 2,000 phone calls and answered over 6,000 WhatsApp queries during the first five days of its operation. It replied to more than 1,200 e-mails during the period.

India on Sunday brought back 392 people, including two Afghan lawmakers, in three different flights as part of its mission to evacuate Indians and Afghan partners from Kabul.

A total of 168 people, including 107 Indians and 23 Afghan Sikhs and Hindus, were flown from Kabul to the Hindon airbase near Delhi in a C-17 heavy-lift military transport aircraft of the Indian Air Force (IAF).

Another group of 87 Indians and two Nepalese nationals was brought back in a special Air India flight from Dushanbe, a day after they were evacuated to the Tajikistan capital in an IAF 130J transport aircraft, officials said.

Separately, 135 Indians, who were earlier evacuated from Kabul to Doha in the last few days by the US and NATO aircraft, were flown back from the Qatari capital city to Delhi in a special flight, they said. (With PTI inputs)