India To Witness 'Ring Of Fire' Solar Eclipse On June 21: All You Need To Know

A spectacular celestial event is going to occur on June 21, 2020 and it will be an Annular Solar Eclipse, which Indians would be able to witness. 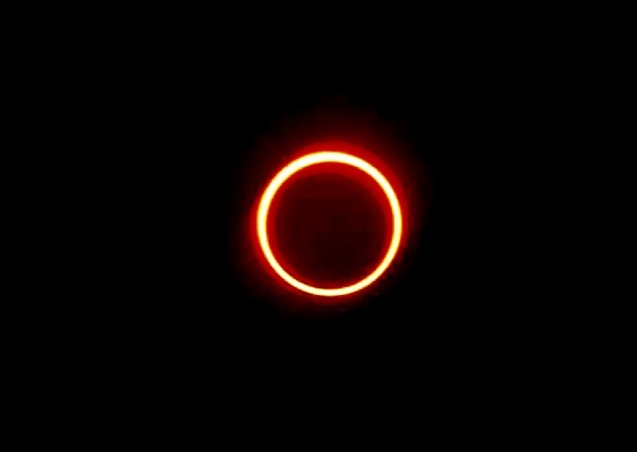 While the coronavirus pandemic has disrupted the rhythm of life as we were used to, the rhythm of nature has remained the same. The Cosmic clock does not stop for anybody, and celestial events are happening as expected.

One such spectacular celestial event is going to occur on June 21, 2020 and it will be an Annular Solar Eclipse, which Indians would be able to witness.

Time to time, in the elliptical motions of the Earth going round the Sun and the Moon going round the Earth, they can come to such a position that the sun, moon and the earth are aligned in a straight line. That day, we get a New Moon (Amavasya). But at times they are not only in a straight line but also lie on the same plane and that is the when we get a solar eclipse.

What Is Annular Solar Eclipse?

Annular Solar Eclipse is a spectacular event, when for a short period of time, on a small patch of land, people can see the Sun as a Ring of Fire. In India, we are lucky because only six months back, on December 26, 2019 one witnessed such an event from a narrow band of land in Southern India. It was an amazing experience for all who witnessed it.

The Annular Solar Eclipse occurs when Sun, Moon and Earth come in a straight line and almost on the same plane. Not only that, at that moment, Moon must be farther away from the Earth in its elliptical orbit and hence cannot cover the disc of the Sun completely, resulting in a narrow band of light around the dark silhouette of the moon causing the Ring of Fire to be visible.

From where can the eclipse be seen?

On June 21, the Annular eclipse will start for the people of Congo in Africa and slowly then progress through South Sudan, Ethiopia, Yemen, Oman, Saudi Arabia, Indian Ocean, and Pakistan before entering India over the state of Rajasthan. The path of Annularity will then be passing through Haryana and Uttarakhand and then move on to Tibet, China, and Taiwan before ending at the middle of the Pacific Ocean. But from a much wider region around the path of the Annular eclipse people can observe Partial Solar Eclipse of different magnitude and obscuration depending upon their geographical location.

In India, the path of Annular Solar eclipse will enter near Gharsana at the India Pakistan border region, at around 10:12 am and the phase of Annularity will begin at around 11:49 and end at 11:50, lasting for some seconds and the partial eclipse after that will end at around 1:36 p.m. After entering the Indian mainland the major cities that the path of annularity will travel are Suratgarh and Anupgarh(Rajasthan), Sirsa, Ratia, Kurukshetra (Haryana), Dehradun, Chamba, Chamoli and Joshimath (Uttrakhand). In Kurukshetra, the eclipse will begin at 10:21 hrs., with the Annular Eclipse beginning at around 12:01:30 hrs. and ending around 12:02:06 hrs. lasting for about 35 seconds. The maximum duration of the Annularity will be a little east of Joshimath, where the partial eclipse will start at around 10:27 hrs, the annularity begins at 12:09:46 and ending at 12:10:25 hrs, lasting for about 39 seconds and then the eclipse will end completely at around 12:54 hrs. This time of the ring of fire will not be as prominent as it was on 26 December, 2019 but will be a little narrower.

For the rest of India, if monsoon clouds allow, people will observe a partial eclipse of the Sun. The timings for few of the major metropolis are as following:

For, Chennai the magnitude of the eclipse will be comparatively less, where the eclipse will start at 10:22 and end at 13:41 hrs., with the greatest eclipse occurring on 11:59 hrs, with 33.7% obscuration.

How to watch an eclipse?

One should definitely try to experience the eclipse if possible, but with all necessary precautions. An eclipse should not be seen through naked eyes. One must use a certified aluminized Mylar filter in solar goggles or Nos. 14 Welder’s glass to observe the eclipse directly. The easy way is to make a pin hole on a cardboard and project the image of the Sun on a white paper or on a wall and observe the progression of the eclipse. One can use a solar filter on a telescope to observe it also. All other methods using variety of filters are not recommended.

June 21 is also important for another reason. On that day the Sun will end its apparent northward journey from the Equator (called Uttarayan) to shine on the Tropic of Cancer exactly overhead at the local noon time. This day is called the summer solstice and it is the longest day on the Northern hemisphere. The daytime duration on that day will roughly be 13 hours 31 minutes.