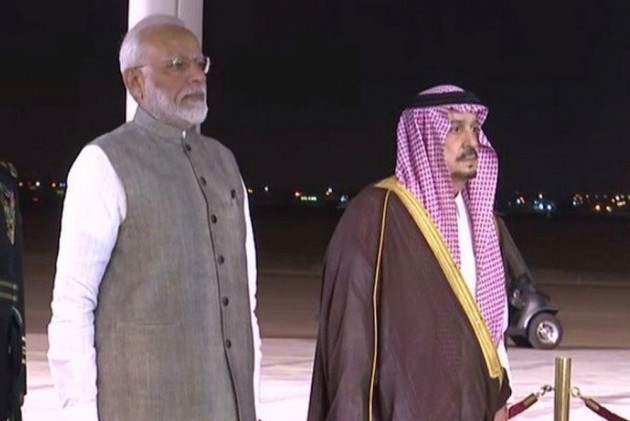 India and Saudi Arabia are moving from a purely buyer-seller relationship towards a closer strategic partnership that will include the resource-rich Kingdom's investments in downstream oil and gas projects in the country, Prime Minister Narendra Modi has said.

India imports around 18 per cent of its crude oil from the Kingdom, making it the second-largest source of crude oil for the country, Prime Minister Modi said in an interview published in the Arab News newspaper on Tuesday.

The prime minister arrived here on Monday night to attend a key financial conference and hold talks with the top Saudi leadership.

"From a purely buyer-seller relationship, we are now moving toward a closer strategic partnership that will include Saudi investments in downstream oil and gas projects," he said.

Modi said that stable oil prices are crucial for the growth of the global economy, and praised the Kingdom’s role as an important and reliable source of India's energy requirements.

"Saudi Aramco is participating in a major refinery and petrochemical project on India’s west coast. We are also looking forward to the participation of Aramco in India’s Strategic Petroleum Reserves," Modi said.

Saudi Aramco, the most profitable company in the world, controls the world's second-largest proven crude reserves at more than 270 billion barrels.

Saudi Arabia is still recovering from the September 14 drone and missile assault on on the world's largest crude-processing facility operated by Saudi Arabia's Aramco that knocked out about 5.7 million barrels a day, about half of the country's output. Its state energy company, Saudi Aramco, has vowed not to reduce shipments to customers as it draws down strategic reserves.

India imports 83 per cent of its oil needs.

This is Prime Minister Modi's second visit to the Gulf Kingdom. During his first visit in 2016, Saudi King Salman bin Abdulaziz conferred Saudi's highest civilian award on him. The Crown Prince visited India in February 2019, giving a further fillip to the bilateral ties.