The ministry said the railways have engaged over 2,600 'Shramik' special trains since May 1 for transportation of the migrant workers 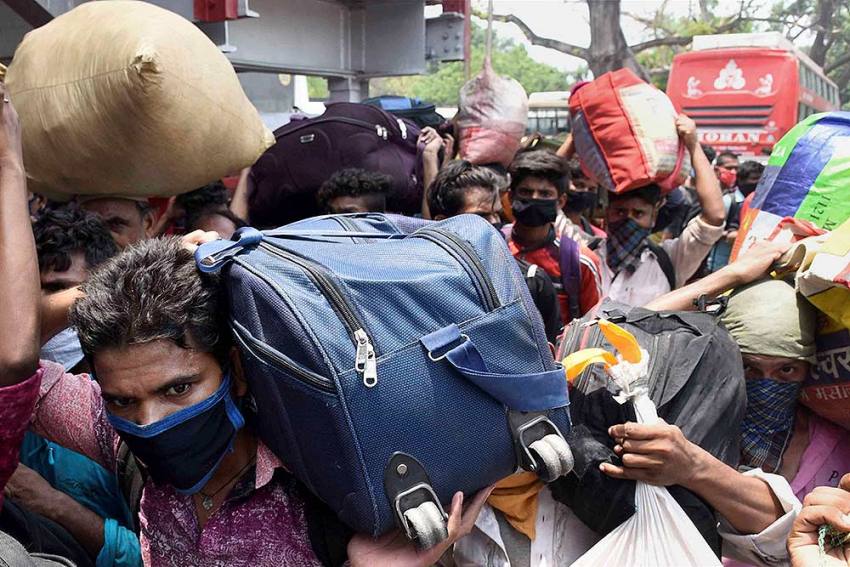 Migrant workers arrive at Danapur railway station to board a train to their native places, during the ongoing COVID-19 nationwide lockdown, in Patna.
PTI Photo
PTI 2020-05-23T19:13:38+05:30 India Has 4 Crore Migrant Workers; 75 Lakh Of Them Returned Home So Far: Home MInistry 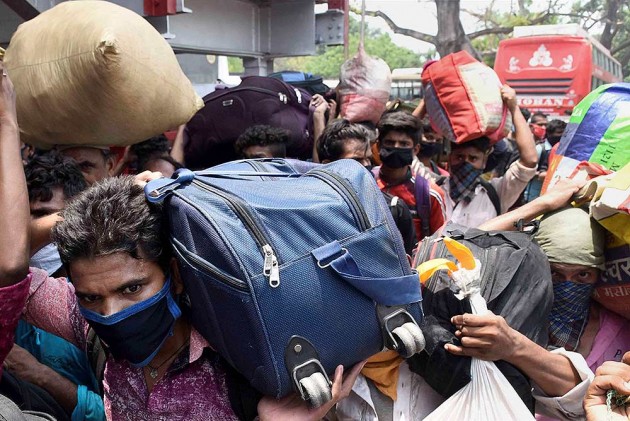 The Centre on Saturday said around four crore migrant labourers are engaged in various works in different parts of the country and so far 75 lakh of them have returned home in trains and buses since the nationwide lockdown was imposed.

Joint Secretary in the Union Home Ministry, Punya Salila Srivastava, said the railways have engaged over 2,600 'Shramik' special trains since May 1 for transportation of the migrant workers from different parts of the country to their destinations.

"According to the last census report, there are four crore migrant workers in the country," she said at a press conference here.

The joint secretary said that on March 27, the Home Ministry had sent an advisory to all states and Union Territories (UTs)  that the issue of migrant workers should be handled with sensitivity and ensure that they don't move during the lockdown.

The states and UTs were also told to provide them food and shelter, she said.

On March 28, the Home Ministry issued an order empowering the states and UTs to use funds under the National Disaster Response Fund (NDRF) for providing food and shelter to the migrant workers.

By April 3, a total of Rs 11,092 crore has been released by the central government to the states and UTs under the NDRF, Srivastava said.

She said the Home Ministry has also set up a 24x7 control room to monitor migrant workers' issues across the country under the supervision of the joint secretary-level officers.
States and UTs were also told to set up a similar control room, she said.

The joint secretary said the Home Ministry again sent an advisory on March 29 asking the states to provide food and shelter to the migrant workers.

The states were also told to make wide publicity so that the migrant workers know the facilities available for them.

Subsequently, another advisory was sent banning transportation of migrant workers by trucks and made the SPs responsible for any violation.

Srivastava said the Home Ministry on April 19 allowed movement of workers within a state and on May 1, inter-state movement through trains.

Big Data Has Potential To Save Lives In Covid Times, But Proceed With Caution