Both India and China agreed that another meeting of senior army commanders may be held soon so as to work out further steps to ensure 'expeditiously' complete disengagement and de-escalation. 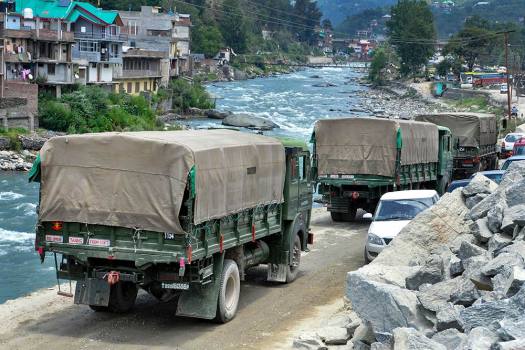 India and China have agreed on "early and complete" disengagement of troops in eastern Ladakh and may hold more military talks soon as they held a fresh round of diplomatic parleys amid indications the withdrawal of forces by the Chinese army from certain parts in the region has not gained momentum.

The two sides agreed that another meeting of senior army commanders may be held soon so as to work out further steps to ensure "expeditiously" complete disengagement and de-escalation" and restoration of peace and tranquility in the border areas, the Ministry of External Affairs(MEA) said Friday.

The nearly three-hour-long virtual talks were held under the framework of the Working Mechanism for Consultation and Coordination (WMCC) on border affairs.

People familiar with the issues discussed at the talks said India conveyed a firm message to the Chinese side that it has to implement the disengagement process as agreed to during the four rounds of Corps Commander-level talks.

In Beijing, the Chinese foreign ministry said the two sides held a candid and in-depth exchange of views on the border situation and fully affirmed the positive progress made in disengaging the front-line border troops of the two countries and easing the situation on the ground.

The ministry said it was agreed at the talks to properly handle the remaining issues on the ground and further cool down the border situation. However, the MEA statement did not make any reference to positive progress in disengagement as described by the Chinese foreign ministry.

The MEA said the two sides reviewed the situation in the region as well as the ongoing disengagement process.

"They agreed that early and complete disengagement of the troops along the Line of Actual Control (LAC) and de-escalation from India-China border areas in accordance with bilateral agreement and protocols and full restoration of peace and tranquility was essential for smooth overall development of bilateral relations," it said in a statement.

The MEA said the two sides noted that this was in accordance with the agreement reached between the two Special Representatives during their telephonic conversation on July 5.

National Security Advisor Ajit Doval and Chinese Foreign Minister Wang Yi held a nearly two-hour-long telephonic conversation on July 5 to bring down tension between the armies of the two countries in eastern Ladakh.

The people familiar with the developments on the border row said the disengagement process has not moved forward as expected following the last round of marathon Corps Commander-level talks on July 14.

They said though Chinese military has pulled back from Galwan Valley and certain other friction points in eastern Ladakh, the withdrawal of troops has not moved forward from Finger 5 to Finger 8 in Pangong Tso area as well as in Depsang.

The MEA statement said, "They agreed in this regard that it was necessary for both sides to sincerely implement the understandings reached between senior commanders in their meetings till date".

"The two sides agreed that another meeting of the Senior Commanders may be held soon so as to work out further steps to ensure expeditiously complete disengagement and de-escalation and restoration of peace and tranquility in the border areas."

The MEA said the two sides also agreed to maintain their ongoing engagements both at the diplomatic and military level, including through the meetings of the WMCC.

Naveen Srivastava, Joint Secretary (East Asia) in the MEA, led the Indian delegation at the talks, while the Chinese side was headed by Hong Liang, Director General of the Department of boundary and ocean affairs under the Chinese foreign ministry.

The Chinese foreign ministry in its statement further said the two sides stressed that they will maintain bilateral military and diplomatic dialogue and consultation in accordance with the important consensus reached by the foreign ministers of the two countries and the Special Representatives on the border issue.

It said the two sides agreed that they will continue to hold meetings of the China-India WMCC and the Commander-level meeting of the border defence forces to strengthen confidence building measures and jointly maintain peace and tranquillity in the border areas.

After the fourth round of Corps Commander-level talks, the Army said both sides are committed to "complete disengagement" of troops, adding the process is "intricate" and it requires "constant verification".

During a visit to eastern Ladakh last week, Defence Minister Rajnath Singh said progress has been made in the ongoing talks with China to find a solution to the border standoff but he cannot guarantee to what extent it would be resolved.

The tension in eastern Ladakh escalated manifold after the violent clashes in Galwan Valley on June 15 in which 20 Indian Army personnel were killed. The Chinese side also suffered casualties but it is yet to give out the details. According to an American intelligence report, the number of casualties on the Chinese side was 35.

After the last round of military talks, government sources said the Indian side conveyed a "very clear" message to the Chinese army that status quo ante must be restored in eastern Ladakh and it will have to follow all mutually agreed protocols for border management to bring back peace and tranquility.

Government sources said India is keeping a hawk eye vigil on all areas along the LAC in Ladakh and will maintain a high-level of alertness to deal with any eventualities.