In A First, Five Cases Of Kappa Covid Variant Reported In Gujarat

Three cases were reported in Jamnagar, two in Godhra in Pahchmahal district and one in Mehsana, the Gujarat government said 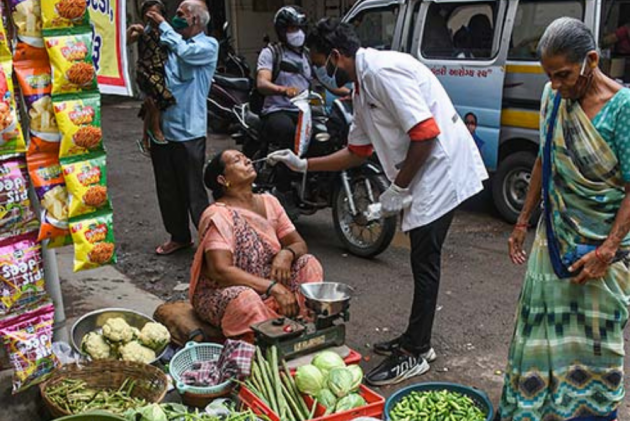 According to the Union Health Ministry the Kappa variant is not a new variant and it has been present in the country since February. It is linked to the B.1.617 constellation of mutations. The Kappa variant carries over a dozen mutations, of which two have been identified - E484Q and L452R. Because of this, Kappa is also referred to as a "double mutant".

In May, the World Health Organization had named the new variant as "Kappa", after a letter of the Greek alphabet.

Explained: What’s Kappa Covid Variant and How Dangerous Is It?

Genome sequencing of samples of the five patients in Gujarat, who had tested positive for Covid-19 between March and June this year, revealed that they were infected by the new variant, the state health department said.

Kappa is a "variant of interest" but not a "variant of concern" as per the Indian Council of Medical Research (ICMR), the release said.

The department also traced those who came in contact with these patients. "So far, none of their contacts have been found to have Covid-19 symptoms. The health department has also undertaken intense surveillance in the areas from where the cases emerged," it said.