Home  »  Website  »  National  »  'If Situation In J&K Is Normal, Why Is Farooq Abdullah Detained Under PSA?': National Conference

'If Situation In J&K Is Normal, Why Is Farooq Abdullah Detained Under PSA?': National Conference

The detention of Farooq Abdullah, a three-term chief minister of the erstwhile state of Jammu and Kashmir, was extended on Saturday by three months under PSA. 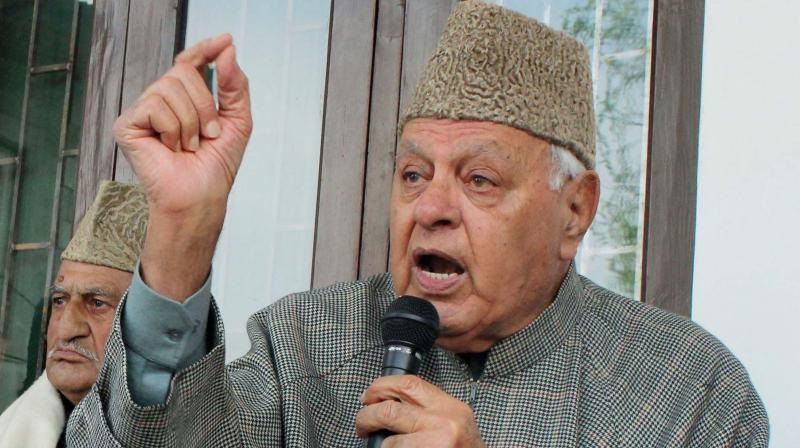 As Jammu and Kashmir government extended the detention of National Conference leader Farooq Abdullah by three months under the Public Safety Act (PSA), the party criticized the move and said the fresh detention is contrary to normalcy claims of the central government.

National Conference leader and MP, Hasnain Masoodi, said that even though the government claims to have restored normalcy in Kashmir, but by extending the detention of a five-time parliamentarian, it is clear that the government does not want to initiate any genuine political process in the Valley.

He said that the National Conference will now weigh options to challenge the detentions of both Farooq Abdullah and that of his son, former J&K Chief Minister Omar Abdullah.

Masoodi, who has written a letter to the government requesting a meeting with Farooq Abdullah, said the government has not responded to his letter so far.

Dr. Abdullah has been under detention since August 5 when the central government, amid communication blockade and clampdown, announced the end of special status to Jammu and Kashmir under Article 370 and split the state into two union territories.

Under the Public Safety Act, a person can be detained without trial and the detention can be extended upto two years.

Peoples Conference leader Sajad Lone, IAS officer-turned-politician Shah Faesal and several others have also been arrested under section 107 of the PSA. None of the political leaders have challenged their detention.

“It is most unfortunate and undemocratic,” Davinder Singh Rana said while reacting to the imposition of fresh PSA on Dr Abdullah. “The imposition of the PSA on Dr Farooq at the first place is a major setback to mainstream politics in Jammu and Kashmir because Dr Farooq Abdullah always stood for and by the nation and its values,” Rana said.

The dossier notes that “the subject” has tremendous potential for creating an environment of public disorder within Srinagar district and other parts of the Valley.