IAF personnel landed on the platform and airlifted them to safety using rope ladders, officials said, adding that the water level in the river increased due to sudden heavy rains. 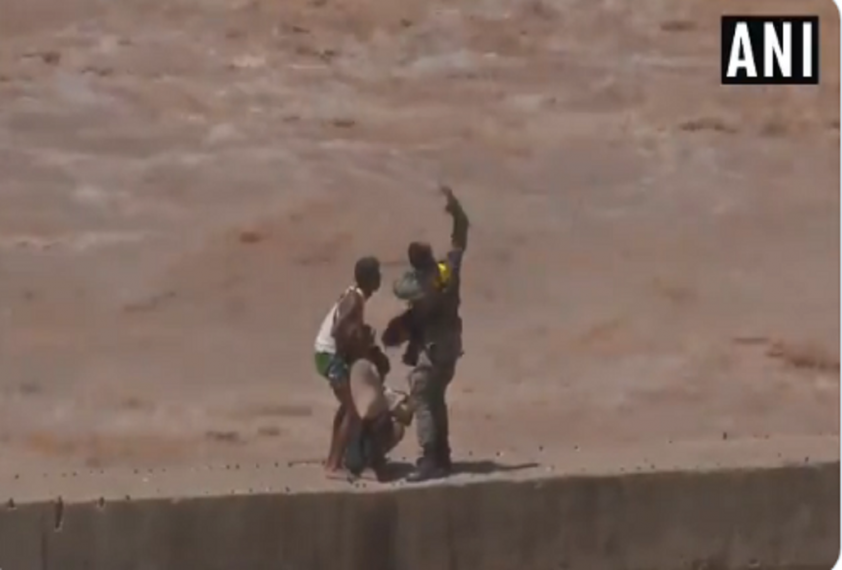 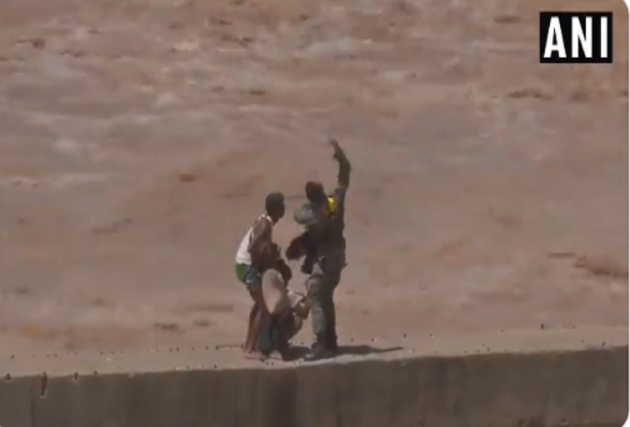 In a daring operation, an Indian Air Force (IAF) helicopter on Monday rescued four fishermen who were stuck in swollen waters of the Tawi river in Jammu and Kashmir, officials said.

They were stranded on a concrete platform at the bottom of a pillar of an under-construction structure to create a lake at Baghwati Nagar, they said.

The air force was called after state disaster response force and police personnel failed to reach the fishermen, the officials said.

IAF personnel landed on the platform and airlifted them to safety using rope ladders, they said, adding that the water level in the river increased due to sudden heavy rains.

The stranded people were airlifted two at a time, they said.

In another incident near Harki Poudi, a person stranded in the river was rescued by a police team.

The operation to rescue Talib Hussain of Udhampur was led by Deputy Superintendent of Police R S Sahi.Hussain is with his family, the officials said.