Prime Minister Narendra Modi dared Congress to publicly declare it is prepared to accord Indian citizenship to all Pakistanis. 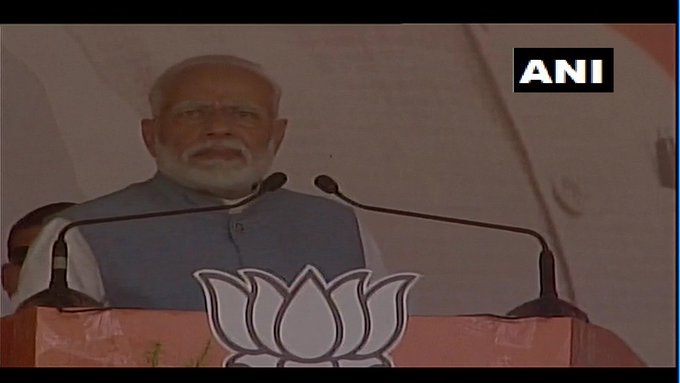 Accusing the Congress of spreading lies over the new citizenship law, Prime Minister Narendra Modi on Tuesday dared the main opposition party to publicly declare it is prepared to accord Indian citizenship to all Pakistanis.

Amid a wave of violent protests in several parts of the country over the Citizenship (Amendment) Act (CAA), Modi sought to assuage concerns of Indians apprehensive about getting stripped of their citizenship.

"The Congress is spreading lies, creating an atmosphere of fear for Muslims over the new law. Citizenship (Amendment) Act neither takes away the rights of Indian citizens nor harms them in any manner," he told an election rally in Jharkhand’s Bhognadih.

He said the law was enacted for religious minorities of three nations--Pakistan, Bangladesh and Afghanistan—who fled their countries because of religious persecution.

"It's for people who have fled three countries due to atrocities on account of their religious faith. It's for those who are living in miserable conditions and cannot go back," he said.

Modi said he wanted to know how the new citizenship law had encroached upon the rights of Indian Muslims, or for that matter, any citizen of the country.

"I dare the Congress, its friends to publicly declare they are prepared to accord Indian citizenship to all Pakistanis," he said.