Paswan’s death, exactly 20 days before the upcoming Bihar elections is expected to change the game and the overall dynamics for the LJP. 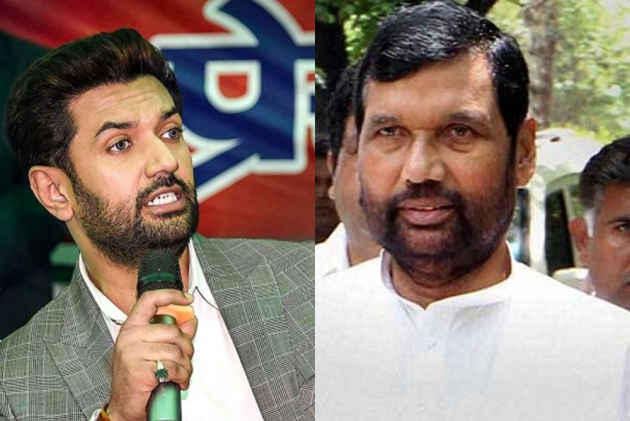 The death of Union Minister and Lok Janshakti Party (LJP) founder Ram Vilas Paswan will be impacting Bihar elections in many ways. He was one of the tallest political leaders to emerge from Bihar. The LJP leader died at the age of 74 in a hospital in Delhi.

Paswan’s death, exactly 20 days before the upcoming Bihar elections is expected to change the game and the overall dynamics for the LJP. It will also impact the outcome of the three-phased polls in the eastern state that kicks off on October 28.

On October 4, Chirag Paswan said that the LJP will contest the Bihar Election 2020 "on its own", but the move underlines only a 50 per cent break away from the National Democratic Alliance (NDA) of Chief Minister Nitish Kumar's JDU and the BJP.

The LJP also mentioned that it will field candidates against the JDU but not against the BJP. The party added that it will lend post-poll support to the BJP and "follow the path of progress shown by Prime Minister Narendra Modi."

Dalits comprise about 17 per cent of total voters in Bihar.

The leader’s demise might help his son Chirag Paswan to get votes due to sympathy.

The voters might count Chirag’s dedication towards his father until the last moment of his life. Despite the assembly elections in Bihar being around the corner, Chirag was with his father for 74 days while he was admitted to a hospital in Delhi.

Popular as one of the most prominent Dalit leaders of Bihar, the Union Food and Civil Supplies Minister in the Narendra Modi-led government was widely known for socialist ways.

In 1974, Paswan rose to prominence during the 'JP Movement' and was jailed when the Emergency was imposed. In 1977, he was elected to the Lok Sabha for the first time on a Janata Party ticket from the Hajipur constituency and created a record by winning by over 4 lakh votes. Twelve years later, in 1989, he worked on his record by winning from the same parliamentary seat by over 5 lakh votes.

The election would be held in Bihar in three phases for a total of 243 seats. In the first phase, polling would be held for 71 seats.

In the second phase, the election would be held for 94 seats on 3 November 3, and the third and final phase on November 7 would witness voting for 78 seats.

The results would be announced on November 10.