How India Post Is Fighting Back Not To Become Redundant

This month India Post completes 167 years of its existence. With the advent of technology, it could have long been gone. Instead, the department kept reinventing itself managing to bounce back with new products.

In the 1980’s Queen of Hills – Shimla was a pristine place with natural beauty at its peak. The Mall road had its charm of old British-era buildings. One of these that stood out was Shimla GPO (General Post Office) a mix of architecture styles including part-Alpine, part-Gothic and the part-Tudor.

The city was far from commercialisation and government jobs were the only promising opportunity for the youth. Uma Sharma, who had grown up visiting and watching this building all through her childhood, had a huge fascination with the Shimla GPO. She appeared for the Indian Postal Assistant Exam in 1983 and at the age of 20-years, she joined the department of posts in the same building, which was her childhood dream.

With just two more years left in service, Uma is a witness of how the department of posts has gone through transformations and challenges, yet maintaining its importance. She says, “It’s a selfless department. We serve in those areas where commercial organisations would never reach out. Postman today has a new Avataar performing postal duties and also becoming a banking correspondent.” Uma will complete four decades of services in 2023 and is currently working as deputy postmaster delivery at Gole Dakhana GPO.

Until the mid-1990’s the department of the post was one of the most important departments for communication because of its personnel, logistic network and reach. 2000’s onwards when the internet and mobile phone started becoming a household thing, the department started becoming redundant. The liberalisation also allowed many logistic players to enter the Indian market creating competition for a department that was tied up with laws of the 1800s. 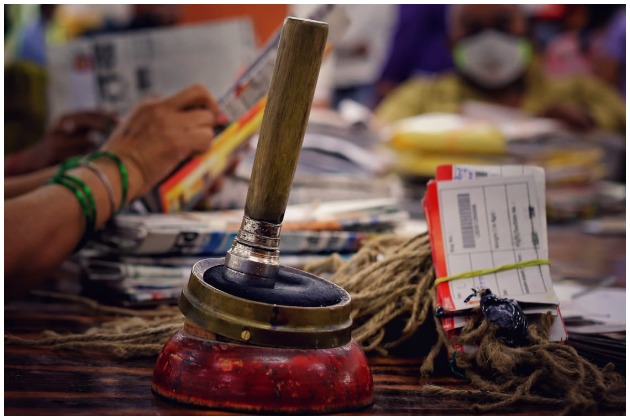 Today, India has around 1.5 lakh post offices across the country, 6 times more than the biggest public sector bank in India – State Bank of India that has around 24,000 branches. It has over 1.7 lakh employees excluding the daily wagers and contracts ones even then perhaps the third-largest employer in the country. It has 1,000 ATMs.

But with the advent of technology, the postal infrastructure and personnel seem to be becoming a white elephant for the successive political regimes. Over the years, several proposals had come to prune the department.

A former postal department secretary on condition of anonymity said, “The department had several legacy issues that kept it away from delivering quality of services and products in competition with the private sector. Lack of scientific costing has resulted in a lack of awareness of the cost of products and services. He adds that the successive secretaries, however, still tried to infuse new blood in the postal services.” By the time technology was introduced in the department, it was too late and we lost the bus. He blamed political regimes for not giving them the freedom to the postal department to compete.

Bal Kishan, assistant director, with the department of Posts says, “The postmen today are equipped with mobile phones, well-versed with electronic and digital management of posts and are also working as banking correspondents. They have embraced the technology and the new systems in the most sporting manner.” 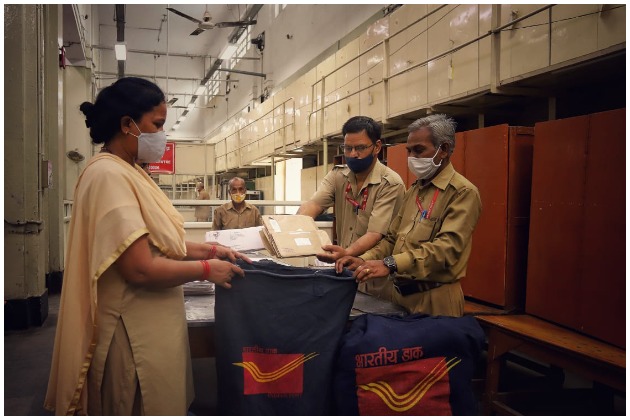 Post offices are also disbursing DBT payments for more than 275 social security schemes of central and state governments to their beneficiaries. In the last four years, more than 12 crore DBT transactions worth Rs 10386 crore were disbursed through post offices. These include MGNREGA, old age pension, PM Janani Suraksha Yojana, etc.

Despite all the work and services which has been added to the department over the years, revenue has been dwindling down. The net deficit of the department increased from Rs 13,646 crore in 2018-19 to Rs 14,813 in 2019-20

However, today the biggest source of revenue for the postal department is remuneration from saving certificates, followed by postage realized in cash like business posts and express parcel posts. With emails, mobile phones and other quick means of communications, the direct and retail posts account for only 5% of their revenues today.

Over the years, the department has been trying to reinvent and expanding its services with scores of limitations that it has. It has introduced several products and services like – Make My Stamp where you can get your or your beloved photos in form of a postal stamp at a nominal cost of Rs 300. The 12 stamps of Rs 5 denomination are available across several post offices. Another service introduced in 2018 is the India Posts Payment Bank and ATMs that have been installed at the post offices. It comes with a bouquet of services like doorstep banking, mobile banking, phone banking, SMS banking, missed call banking and post office counters. 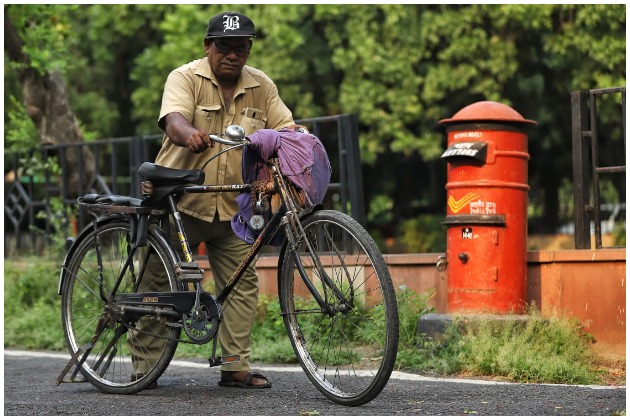 According to several postal department officials who didn’t wish to be identified, the postal department should be given the freedom to compete with the market. One of the officials on condition of anonymity said, “We have fantastic logistic support and network and could work wonders only if we are given the freedom to work.” Expanding Logistics sector and e-commerce players are now becoming the new challenges for the department of posts now.

But Vineet Pandey, secretary, department of posts & chairperson, postal services board brushes of these challenges. He says, “We do not see the advent of many logistics and e-Commerce players in the domestic market as a challenge. Instead, it is an opportunity, as there is no one who can match our reach especially in Tier 3, 4 cities/towns and in villages. As we are seeing, a large number of e-Commerce orders are emanating from smaller towns and villages. India Post is open to tie-up with logistics and e-Commerce players for delivering in areas where India Post has tremendous strength in terms of reach and connectivity.”

Pandey adds that already, “the department’s last-mile delivery personnel are equipped with mobile devices and our system is able to give real-time track and trace for all consignments. We have strengthened our parcel processing capabilities and also set up a Pan-India dedicated Road Transport Network (RTN), which is not only faster but also more secure. This RTN enabled us to deliver medicines and other essential items across the country during Covid lockdown, when entire Railway, Air and public buses were either not plying or were operating with limited service.”

With the Modi government’s mantra of “Government has no business in business” will the department of posts be able to protect itself or might go the privatisation way will be an interesting thing to watch in coming years.