Saifullah took over as Hizbul chief after Reyaz Naikoo was killed this year in May. 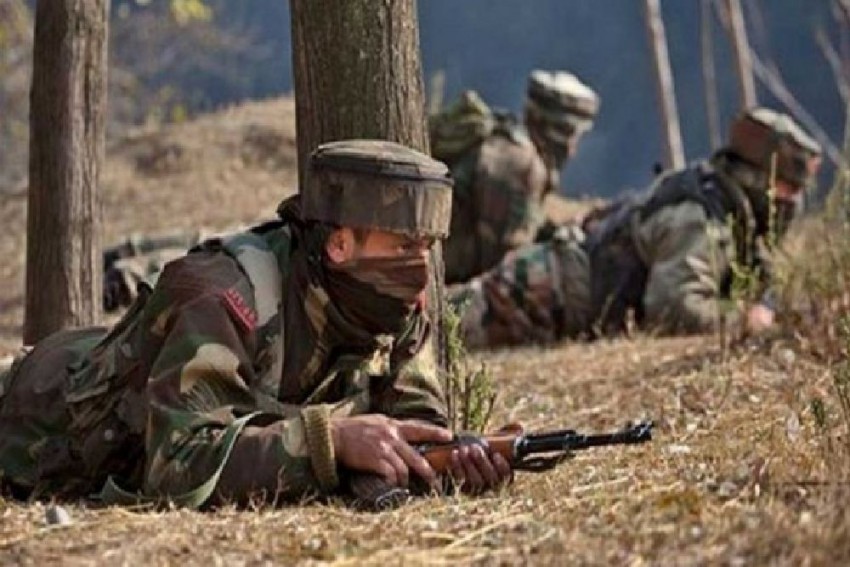 Hizbul Mujahideen’s operational chief, Dr Saifullah Mir, was killed in a gunfight with police and security forces at Rangreth in the outskirts of Srinagar on Sunday afternoon. One of his associates has also been arrested by the police.

Inspector-General of Police Kashmir Vijay Kumar told reporters that the Chief Commander of Hizbul has been killed while one person associated with him has been apprehended during the encounter.

Vijay Kumar told that on the basis of a specific lead that Hizbul Mujahideen commander, Dr Saifullah, was in a house in Rangreth area, the police had launched a cordon. He said following the cordon by the police and the paramilitary forces, one militant was killed. “I am 95 per cent sure that the militant killed in the gunfight is Hizbul Mujahideen chief operational commander Dr Saifullah. We are getting his body out and we are calling his family also for identification,” Kumar said.

He said the operation was a big success for the police and security forces. He said the police have a strong network and it wouldn’t allow any militant to come near Srinagar. “This is not a small thing. It is a huge success for the police. Hizbul operational chief has been killed,” he said.
He told that only one militant was killed in the encounter while the other person who has been taken for questioning from the area is not a militant but a suspect.

Saifullah Mir was the son of a government school teacher. In 2010, he earned a diploma in medical electronics from the Industrial Training Institute in Pulwama. Later, he also got a degree from the National Institute of Electronics and Information Technology in Srinagar. He was known as a “healthcare professional” in his village and was called a doctor. The title “doctor” stayed with him and in the militant ranks, he was famous as Dr Saifullah.

In August 2014, Dr Saifullah Mir joined the military. This year in May he was appointed as the new Hizbul chief five days after his predecessor Reyaz Naikoo was shot dead by the Indian Army in an encounter at his native village Beighpora.

Beighpora village is five kilometres from Mir’s village of Malangpora in district Pulwama of South Kashmir. The district has remained a hotbed of militancy since 2016.

Hizbul Mujahideen is a separatist militant group that has remained active in the Jammu and Kashmir region.