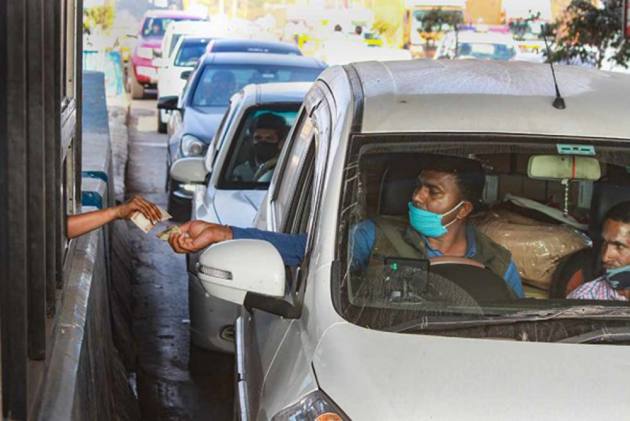 In a huge respite to the people, Himachal Pradesh High Court Tuesday ordered the National Highway Authority of India (NHAI) to not collect toll at the Sanwara toll plaza, which is located on the Shimla-Parwanoo-Chandigarh highway. The toll booth became operational only recently.

A division bench of the High Court comprising Chief Justice L Narayana Swamy and Justice Anoop Chitkara passed the order while hearing a public interest petition (PIL) filed by one Adit Singal, who questioned the legality of setting-up the toll plaza at Sanwara in Solan district in April 2021.

In his application, Singal alleged that the toll plaza was illegally established and in contradiction to the Rules of National Highway Fee (Determination of Rates and Collection) Rules, 2008.

The petitioner further pointed out to the court that according to government rules, the minimum distance between any two toll plazas should be 60 kilometers.

At the moment, apart from the Sanwara toll plaza, another toll plaza is present near Chandimandir on the Shimla-Parwanoo-Chandigarh highway. The distance between the two is less than 60 kilometers.

“Toll is being levied before completion of construction work. Major part of the construction work of the flyover and its underpass at Kumarhatti, Saproon and Timber Trail Resort at Parwanoo are not yet complete. It will take months or even one year or more to be completed and as such it cannot be said that 95 per cent work has been completed,” the petitioner alleged.

The public, he informed the court, was being compelled to pay toll for incomplete facilities.
Meanwhile, the four-laning project of the state’s most important highway, which connects the state capital with rest of India and also with international borders in China was taken-up by the NHAI a few years back but has still not been completed.

The aim of the project is to reduce traffic congestion on the highway, cut short travel time by half and provide seamless mobility for tourists, locals and fasten transportation of apples, cash crops and other goods from the state.