Just ahead of scrapping J&K's special status, fearing protests, the authorities imposed strict restrictions and rushed thousands of paramilitary forces to the Valley. 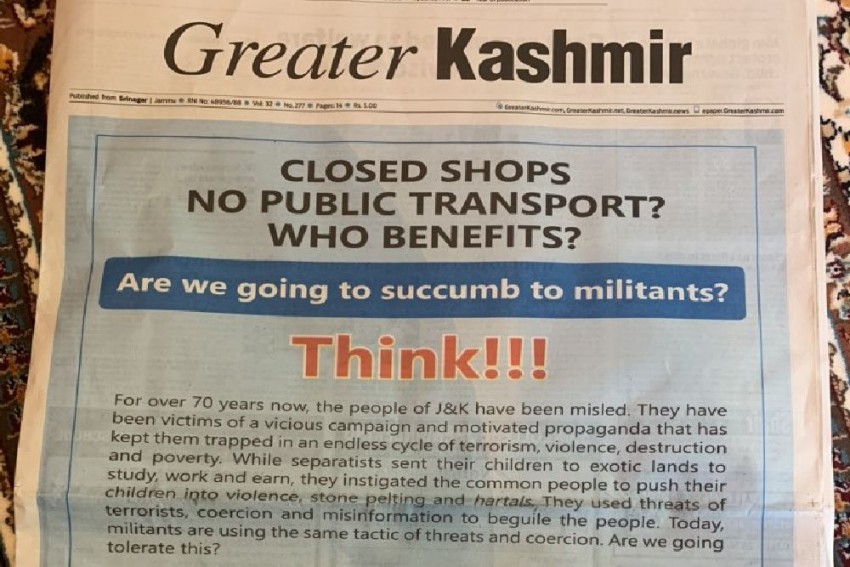 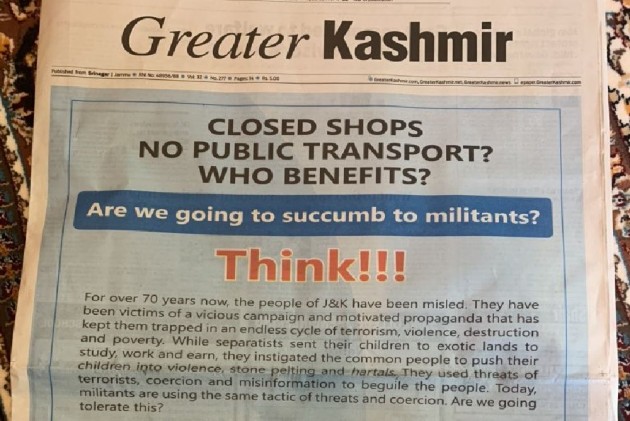 Jammu and Kashmir government on Friday issued front-page advertisements in local newspapers asking people to open shops and resume public transport. The advertisement was carried out despite the state and the Centre claiming everything was normal in the Valley.

“Closed shops. No public transport” reads the advertisement. “Who benefits?”

Since August 5, when the government abrogated Article 370 and bifurcated the State into two union territories, Jammu and Kashmir and Ladakh, the region has remained under security clampdown and communication blackout.

Just ahead of scrapping J&K's special status, fearing protests, the authorities imposed strict restrictions and rushed thousands of paramilitary forces to the Valley. The government also deployed the Army in the districts across Kashmir Valley and some regions of Jammu.

The restrictions and curfew had been eased after a month, but mobile phones and the internet continue to remain suspended. However, even after the restrictions were eased, the situation continues to remain uncertain in the Valley with shops business establishment, educational institutions remaining closed and public transport off the road in protest against the abrogation of Article 370.

The call for the strike has not been given by anyone. Thousands of troops continue to remain deployed on the streets as the Friday marks the sixty-eighth day of the situation in the erstwhile state.

The government says it has opened educational institutions but students are not attending the classes.

“We are at the crossroads today. Do we permit the age-old tactic of threats and coercion to influence us?” reads the government advertisement. “Will threat and misinformation prevail or will we take informed decisions on what is best for us?”.

“For over 70 years now, the people of J&K have been misled. They have been victims of the vicious campaign and motivated propaganda that has kept them trapped in an endless cycle of terrorism, violence, destruction, and poverty,” the advertisement reads.

The government in the advertisement claims that it was just a “few posters” and alleged threats that were not letting people resume their business.