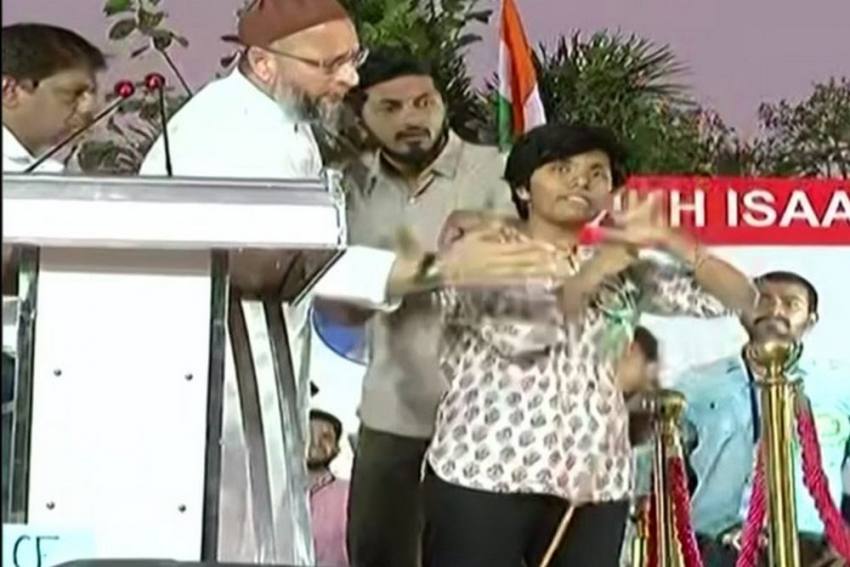 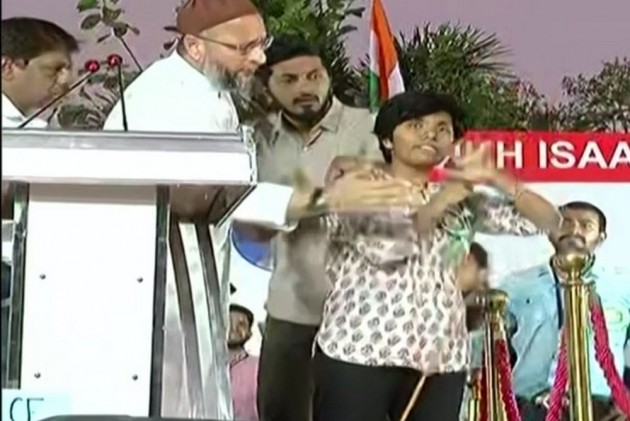 A girl who raised "Pakistan zindabad' slogan on Thursday at an anti-CAA protest in Bengaluru was denied bail by a judicial magistrate and sent to judicial custody for 14 days.

The girl,  identified as Amulya Leona, raised the controversial slogan along with "Hindustan zindabad" in the presence of AIMIM chief Asaduddin Owaisi, who denounced her action and asserted "we are for India".

She has been charged with sedition by the police.

"We have registered a suo moto case under Section 124A (sedition), 153A and B (promoting enmity between different groups and imputations, assertions prejudicial to national integration). Once formalities are completed, we will produce Amulya before a judicial magistrate," B Ramesh, DCP Bengaluru (West) said.

#WATCH The full clip of the incident where a woman named Amulya at an anti-CAA-NRC rally in Bengaluru raised slogan of 'Pakistan zindabad' today. AIMIM Chief Asaddudin Owaisi present at rally stopped the woman from raising the slogan; He has condemned the incident. pic.twitter.com/wvzFIfbnAJ

Addressing a gathering of protesters, she started shouting slogans -- 'Hindustan Zindabad' and 'Pakistan Zindabad.' A baffled Owaisi rushed to snatch the mike from her. She wanted to differentiate between the two slogans and speak further but organisers and cops on duty removed her from the stage.

"I condemn this statement. The woman is not associated with us. Humare liye Bharat zindabad tha, zindabad rahega," Owaisi said after the incident at the event held event under the banner of "Save Constitution".

Owaisi, who addressed the gathering later, said he did not agree with the woman, whom he described as "so called liberal" and asked all liberals to refrain from any events involving Muslims.

"What Amulya said is wrong. She was joined by some Muslims and was not listening to me," the father of the girl was quoted by ANI as saying.

The BJP targeted the Congress over the incident, alleging the protests against the Citizenship Amendment Act were a "joint venture between Pakistan & Anti-National Forces led by @INCIndia."

The Congress too condemned the woman's conduct and demanded stern action.

May Make Tremendous Trade Deal With India: US President Donald Trump Ahead Of Visit