G7 Summit: India To Import More From US; Commerce Ministers To Hold Talks Over Trade Issues

The Modi-Trump meeting assumes significance in the wake of the strain that has popped up in the bilateral relationship on a host of trade and economic issues. 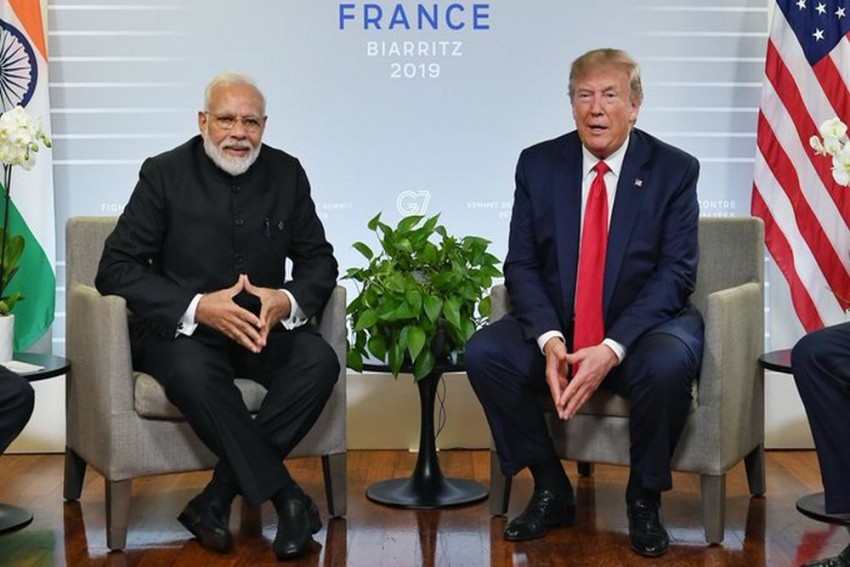 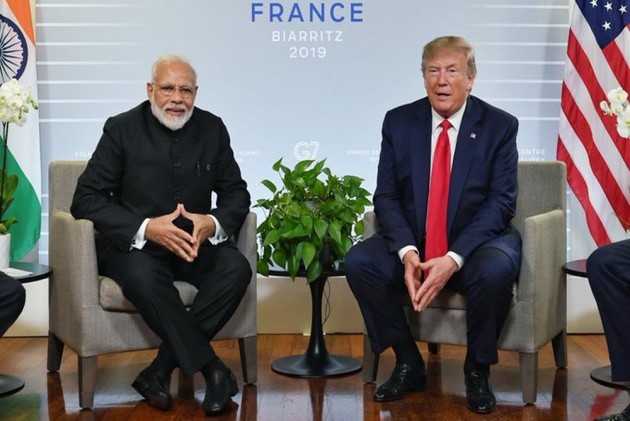 Prime Minister Narendra Modi on Monday informed President Donald Trump that India plans to further step up imports, including oil, from the US and that USD 4 billion worth of imports were already "in the pipeline", as the two countries sought to overcome differences over trade issues.

The Modi-Trump meeting assumes significance in the wake of the strain that has popped up in the bilateral relationship on a host of trade and economic issues.

Meeting on the sidelines of the G7 Summit in the French city of Biarritz, where India was a special invitee, Modi and Trump agreed that preferably before the Prime Minister visits US next month, there will be an interaction between the trade ministers of the two countries at which the whole range of trade issues will be discussed.

Briefing on the 40-minute meeting between Prime Minister Modi and President Trump, Foreign Secretary Vijay Gokhale told reporters that Commerce Minister Piyush Goyal was supposed to go to Washington earlier but it did not materialise.

Though trade is an important part of the booming bilateral relationship, a row over market access and tariffs has escalated in recent months, leading to fears of a protracted dispute.

President Trump has previously described India as the "tariff king." Before his meeting with Modi on the sidelines of the G20 Summit in Osaka, Japan, demanded the withdrawal of India's "very high" tariffs on US goods.

"The Prime Minister spoke of the importance of energy imports from the US, and he referred to the fact that 4 billion dollars worth of imports are already in the pipeline and that would be expected to be stepped up," Gokhale said.

He noted that Prime Minister would be in the US in September to attend the UN General Assembly and would also travel to Houston, America's energy capital. The prime minister is scheduled to address the Indian community in Houston on September 22.

In Houston, the prime minister is expected to have a roundtable with the top CEOs of the energy companies in the US, he said.

He said the objective there is two-fold, one to see how India can import more energy (oil) from the US and second is how the country can invest in the energy sector in the US.

Gokhale said President Trump spoke very warmly of the fact that India has become a major importer of energy. He also indicated that he was willing to send top administration officials to Houston in an effort to ensure that the bilateral energy relationship made progress.

The Foreign Secretary described the bilateral meeting between Modi and Trump as a very positive one.

"This is the third either meeting or conversation that the two leaders have had in about 100 days of office that Prime Minister Modi has been in his second term," he noted.