On Friendship Day 2021, here's a look at five of the most heated rivalries in India today in the hopes that friendship outlives feuds.

Laverne and Shirley. Bert and Earnie. Marx and Engels. Jai and Veeru. The world is full of famous friendships where two people become synonymous with each other by association to such an extent that one cannot be remembered without thinking about the other. But enduring as friendships are, there is another, less virtuous emotion that sometimes outlives even the purity of selfless friendship - rivalry.

A friendship can last a lifetime but a grouse can last even longer. However, long-standing feuds often don't get the limelight they deserve.

This Friendship's Day, here's a look at some of the 'power couples' whose feuds have now become part of local legends in the hopes that they bury the hatchet.

Firebrand Trinamool Congress chief and West Bengal Chief Minister Mamata Banerjee is now being touted by many as the only political leader who can thwart the Bharatiya Janata Party at the Centre. However, her relations with Prime Minister Narendra Modi have been testy for a while now. The bitter rivalry came out in the open for the first time during the 2019 Lok Sabha elections which saw the duo exchange many an acerbic word and unflattering monikers. (Read 'speed breaker didi' and 'expiry babu'). 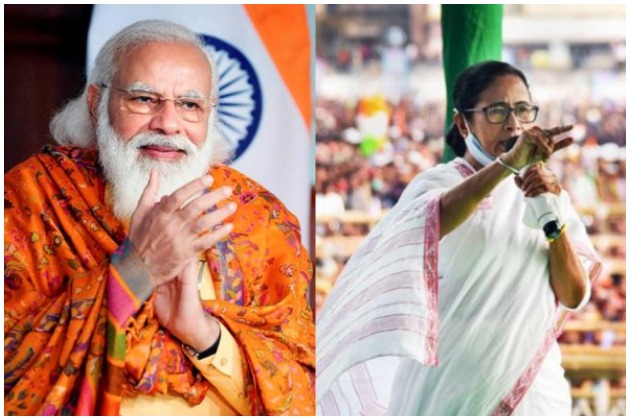 Banerjee has consistently sparred with the Centre and PM Modi on a range of issues including the CAA and NRC as well as the CBI raids on TMC leaders. The rivalry between 'Didi' and Modi once again came to the fore ahead of the 2021 elections in West Bengal in which the latter handed the BJP a decisive defeat.  Now, Banerjee is being seen as the face of the purported 'Opposition Unity Project' - a potential coalition of anti-BJP parties including the Congress. Whether Banerjee will be able to live up to the challenge is for time to tell. But for now, the tenacious rivalry between the PM and the West Bengal CM has made it to the number one spot on our Friendship Day list. We wonder if these two can ever be friends.

Political rivalries aside, Bollywood has for years hosted bitter feuds between celebrities. One of the most riveting such feuds in recent times has been the one nursed by actor Kangana Ranaut and director Anurag Kashyap. It all seemed to start in 2019 when Kangana's sister Rangoli Chandel hit out at actor Taapsee Pannu as a 'sasti copy' (cheap replica) of her sister. Kashyap, who is close with Pannu, had defended the actor and hit out at team Kangana for being "desperate". What started thus soon blew up into a full-scale war of words on Twitter that refused to let up for months. Following the India-China border tensions in Galwan Valley last year, Kashyap referred to Ranaut as the "only Manikarnika" and asked her to go fight the Chinese at the border. Ranaut, on the other hand, has called him "mini Mahesh Bhatt" and later came out in support of an actor who accused Kashyap of sexual harassment. A friendship between these two "unconventional" artists will surely be a thing to behold.

Congress leader Navjot Singh Sidhu was recently elevated to the position of Congress's party chief in Punjab, a move that laid bare the bitter rift between the former cricketer and Punjab Chief Minister Captain Amarinder Singh. Relations between the two have been known to be strained ever since Sidhu joined the Congress in 2017. The latter had in 2018 time claimed that his "captain" was Rahul Gandhi who was also his (Amarinder's) captain. The rift became more evident when Sidhu quit from the Punjab congress cabinet amid criticism from Singh for his "inept" handling of local bodies under his charge. 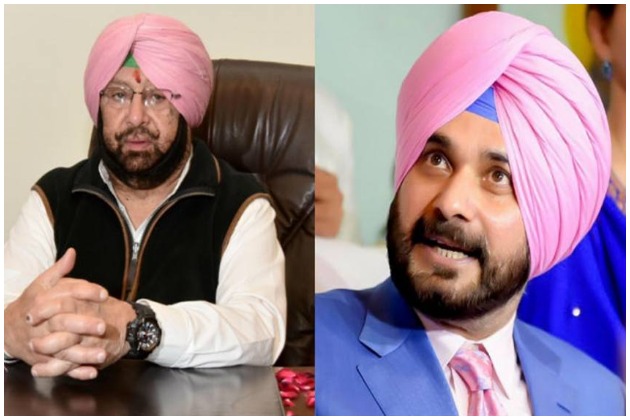 The relations between the duo seemed to improve in 2020 when Sindhu met Singh over lunch and was also at the receiving end of praise from the Captain for speaking in favour of Congress's resolution against Centre's three controversial farm bills in the Assembly. However, the apparent rift between the duo became public again in 2021 when Congress chief Sonia Gandhi appointed Sidhu as the President of the Punjab Pradesh Congress Committee. According to reports, Singh sought an apology from Sidhu and refused to meet him after his appointment until he tendered a public apology. The tense political rivalry between Sidhu and Singh has made it to the third spot on our list.

Talking of enduring rifts, a recent feud that left especially in the sports community shocked was the public fall out of the Olympian shooter Manu Bhaker and her shooting coach Jaspal Rana. Weeks before the Tokyo Olympics, Rana had paraded Bhaker's personal message imprinted on the back of his T-shirt at the Karni Singh ranges in Delhi during the ISSF World Cup. It read: "Ab to mil gayee na tassalli" (now you must be content)" after Bhaker settled for a bronze in one of the events.

The coach had insisted that Bhaker not compete in three events as it will be "too much for a young athlete to handle". Bhaker, after enduring a disappointing Olympics debut in Tokyo,  targeted former coach Rana and called out the "negativity" in the build-up to the Games. She also clarified that the message was sent by her mother to the coach.

The feud revealed just the tip of the iceberg of distrust that rules Indian shooting. In the sports world, no relationship is considered more sacred than that between a player and their coach. The episode left many shocked.

Delhi Chief Minister and Aam Aadmi Party chief Arvind Kejriwal has for years been involved in a power tussle with Delhi's Lieutenant-Governor Najeeb Jung and later his successor Anil Baijal.  The tussle intensified after Kejriwal's second term when the LG (Jung) and the CM repeatedly sparred over issues like bureaucratic appointments. The matter reached the Supreme Court in 2019 following the Delhi High Court's order deeming the LG as the administrative head of the national capital. Control of police and other administrative bodies like the  Anti-Corruption Bureau has also been a matter of contention between the two and the power struggle continued even with Jung's successor Anil Baijal taking over as the LG in 2016. The AAP's struggles with the LG and the bureaucracy came to the fore again when a Rajya Sabha member remarked in 2017 that the CM was being treated like a "peon". The unique nature of the struggle between the chief minister of Delhi and the Centre's LG has made this duo a part of our list of rivals.

On Friendship Day 2021, here's wishing that these quarrelling foes can bury the hatchet and end up as friends after all.